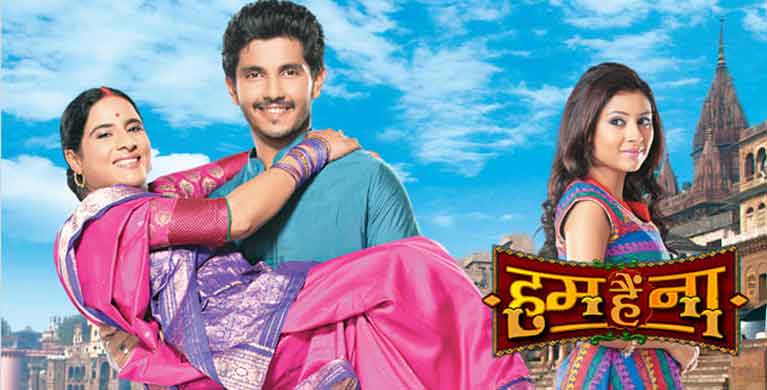 DJ's Creative Unit's Hum Hain Na on Sony TV, which attracted the attention of the audience, unfortunately is concluding with its journey. While the show managed to win the hearts ofthe audience with the chemistry between Bunty and Saagarika, however, due to low ratings, the makers decided to pull the plug on the show.

Well to update you with its closure track, it has been seen till now that Babuji and Bunty (Kanwar Dhillon) are playing pranks on Sagarika (Pratyusha Banerjee) and Ammaji (Shubhangi Gokhale). They are fooling them with their fake fights so that Bunty stays connected to both of them. However, at the end Sagarika and Ammaji will end up playing a prank on Babuji and Bunty.

Our source informs us, "Sagarika will overhear the conversation of Bunty and Babuji where they were discussing about the pranks they played on her and Aamji. So, she goes and discusses the same with Ammaji. Later these ladies will plan a prank against them to foil their plan. There will be a funny end to the show and later Babuji will be seen asking a question on having an ideal son and a husband, when Bunty will answer him by saying 'Hum Hain Na'."

Indeed the viewers will witness a happy ending for Hum Hain Na!

+ 2
6 years ago Will miss this show that make me laugh, and feel good, like no other. Will miss Pratyusha Banerjee and Kanwar Dhillon, and their amazing jodi. Love you both and wish you all the best in your future career. Hope to see you soon in some new show.

6 years ago Pratyusha Banerjee, loved you in the show Hum Hain Na.

6 years ago Pratyusha Banerjee, loved you in the show, Kanwar Dhillon too rocked!

6 years ago I will miss Kanwar Dhillon and Pratyusha Banerjee

6 years ago Wish Pratyusha Banerjee and Kanwar Dhillon all the best for the future projects.