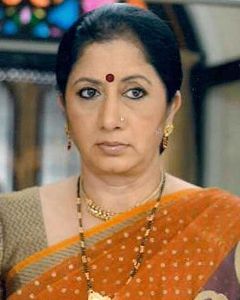 Tellybuzz recently reported about Shakuntalam's new show for Star Plus, starring Deepak Wadhwa (Dhoond Legi Manzil Hamein fame) as the main lead in the show. We bring you a few more names. Read on.

No doubt that Ekta Kapoor's The Dirty Picture made quite a buzz in tinsel town. Quite a few actors who starred in the film are being noticed for their stellar performance.On the same lines, Mangal Kenkre, who essayed a vital role in The Dirty Picture, has bagged a daily soap.

Mangal Kenkre, last seen in Sphere Origin's Godh Bharai on Sony TV will now return with a meaty role in Shakuntalam's next on Star Plus. The actress is yet to shoot for the show and is likely to begin tomorrow. Sudhir Nema, a known Bollywood actor, has also shot for the pilot.

When contacted Mangal Kenkre and she confirmed, "Yes, I am doing the show but it's a at very initial stage."

Keep watching this space for more updates and gossips from the small screen.

narendrancc 8 years ago deepak wadha is totally poor and dulll actor ,becoz he is criminal in his last flop show dlmh , how its possible he get chance oh my god .iam sure this is become biggest flop in tv history .

+ 2
8 years ago Want mohit show at any cost.sp are u listening??

will be waiting to get more info on it...

balroop 11 years ago man aladin was origanally animated series from disney not some crappy film
why indian producers always copy. dont the have any own creativity . this is shame to aladin. totally disappointed!!

shiv&gauri 11 years ago Watched it yesterday...it was awesomely good....Big B was at his best and Riteish was so cute in the mivie...no doubt that it is going to be a hit..<3<3