A cauldron brewing hard work, some unstoppable zeal to prove your worth and a great deal of films later, not to forget the pinch of melodrama, we used to have our superstars of yesteryear made. Connections have worked since the human race came into being but the past held more appeal for talent than talisman. Luck worked of course and then when all's going well our super stars married their super better halves, resulting in the future of Bollywood in most cases. Either to our fortune or the unfortunate connotation of children going their parents' way, star kids are a reality more corporeal than any. And today BollyCurry takes you on those roads these star parents paved for their progeny to follow, but have they followed the right lane is what we have to see. 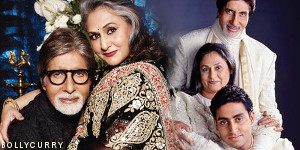 Being considered the first family of Bollywood is a big responsibility but the senior Bachchans did enough to earn this worth. The angry young man was not only tall, sophisticated and charming but Amitabh Bachchan was versatility at its best. From his era to this era, he is still a superstar or better, a megastar due to his immense contribution to the Indian cinema. His better half was not far behind in being a gem to the industry. A bigger star than Mr. Bachchan, the then Jaya Bahaduri was an institution of talent and grace. Getting married at the peak of her career, Jaya Bachchan is stilled considered a better actor than her husband though she chose to be a mother to their kids and gave the camera a miss for many years. And with such a line up for parents, you expected a great deal of magic work from their son who followed the same path of cinematic work. Abhishek Bachchan debuted among expectations and a tag of superstar lurking around to get stamped on him. Unfortunately, the comparisons with his already proven superstar father to the wrong choices in films and the box office too being snarky towards him, Bachchan's career didn't reach anywhere near his parents legacy. Though a few worthy performances and some multistarrer blockbusters did find their way to him, Junior B just couldn't rise above the comparisons and make his own identity. 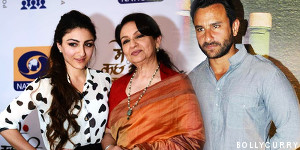 The queen of hearts, Sharmila Tagore was not just a pretty face. When it came to acting she proved her metal with movies like Aradhana (1969), Amar Prem (1972) and winning a National Award for Mausam (1975). But Tagore was also not a meek goody two shoes. She was the first ever Hindi film actress to sport a bikini on screen. When she chose to marry, she chose nothing less than a Prince. Wife to former Indian cricket team captain Mansoor Ali Khan Pataudi, this superstar has been a former censor board member as well and continued to act to create a linkage for the future. And future did take shape when her eldest son Saif Ali Khan followed suit and entered the film industry. With an uncanny resemblance to his mother, Khan's urban attitude and western attributes were not digested well by the audiences. Criticized from head to toe, his voice pitch an added foe, which wasn't considered the 'hero material' type, Khan took time and with the advent of Dil Chahta Hai (2001), Khan broke away from his mothers' aura and created his own identity. Today he isn't just known by his mother's endeavors but Chote Nawab has his niche in the industry well made. And where the brother did his job almost well, youngest sister Soha Ali Khan, with her mothers' looks dominating here as well, entered the industry with slightly more expectations as people saw another Sharmila Tagore in making. Pressure, luck going the wrong way and Ms. Khan being a rebel but not doing a great job of it, pulled her career downhill and more. Although Soha has done some great work in parallel cinema, her commercial success was a failure. 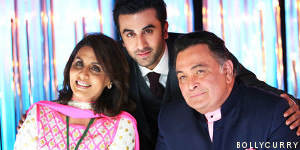 Here is a family of legacy that has generations to quarrel about who did it the right way. The Kapoors have been part of Bollywood since ages and done a great job in keeping up the familial ritual going. Rishi Kapoor became the eternal lover boy with his chocolate boy charm and the guy next door innocent face. Kapoor won many a hearts and ruled the box office till the next generation of stars took his place. But Kapoor wasn't the only one wooing audiences, Neetu Singh's vivacious beauty and the summoning attractiveness made her a stellar performer as well. And when these two stars struck, sparks flew and were bottled when the couple tied the knot. Two of the most famous actors of the 70's, had to sire an actor for all that was worth, and in his own words Ranbir Kapoor was born to act. From attending Lee Strasberg to assisting Sanjay Leela Bhansali so that he could send out feelers for his passion of acting to the ace director, Kapoor did all this for his love for cinema. Though he did get his dream debut with Bhansali's Saawariya, the movie bombed at the box office, but his fantastic performance helped carve a path for him. Kapoor chose to be an individual, experimenting and finding his own in the industry. Fortunately his determination to keep away from the shadows of his parents helped him work better and establish himself as an actor powered with some great performances in successes like Raajneeti (2010), Rockstar (2011) and Barfi! (2012). Kapoor isn't just a heartthrob like his parents, he paved his way into stardom as well with decisions made in best efforts. 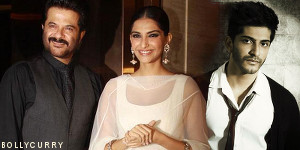 Another Kapoor clan that also believes in keeping the progeny in the family business. Anil Kapoor took hold of the reigns of the acting department. Kapoor proved his versatility through various path breaking roles and this National Award winner was the pride of 80's till early 90's. Even today Kapoor has eased himself into character roles and is still a jhakas performer. And if not for his children towering over him, we would have never guessed he ages. Eldest daughter Sonam Kapoor had her father's blessings when she made her debut with Saawariya (2007). Though she has been criticized for giving fashion more prominence than her career, Ms. Kapoor channelized this blame as a compliment. Kapoor introduced the industry to style, international labels and hiring a stylist vogue. Her first movie might have not done the job for her but her potential as an actor was noticed. Her classic charm and an alluring screen presence gave Kapoor the opportunities which helped her create an image different from her father. Movies like Delhi-6 (2009), Raanjhana (2013) and Khoobsurat (2014) established her claim of a director's actor. This original fashionista of Bollywood is not only brutally honest, but has paved her place in the industry where her father's influence is minimum to none. And to take a little burden off her shoulders, Kapoor's  youngest brother Harshvardhan Kapoor has decided to join the group of glitterati too. Debuting in Rakeysh Omprakash Mehra's ambitious project Mirziya, expectations have skyrocketed for him as well. Now whether he gets overshadowed by his father's persona or finds himself an identity like his sister is yet to be seen. 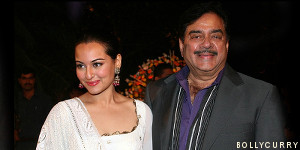 Though the era of 70's had many superstars, there were those actors as well, who were unconventional and necessary to complete a film and Shatrughan Sinha was perhaps the best example. Working in almost all genres of cinema, Sinha is most famous for his angst and action. His son Luv Sinha took upon himself to take forward the family name in the industry, but it was Shatrughan Sinha's daughter Sonakshi Sinha managed it with gusto! Debuting alongside Salman Khan, Sinha took being dabangg like her father too seriously. Sinha has worked in mostly action films, though that has not hindered her fame. Her eccentric performances and easygoing attitude has garnered her fans and recognition in the industry alike. Sinha did prove that she can be a method actor with the critically acclaimed Lootera (2013), though she claims to love being energetic in her roles. Sonakshi Sinha has an identity not shadowed by her father's name and is a very much loved and famous actor!

Nepotism may be a reality in Bollywood that many question in the light of prejudice, but even the star kids support the leverage of talent above all. Though yes, star kids have access to that one big opportunity for which outsiders struggle for years, but then destiny works for all without being biased. Not all star kids have been able to create a name parallel to their more successful parents nor are they in the league of superstars of their generations. Let us know, in the comment box below, how you see the presence of star kids in the industry and who is your favorite among them!
Writer: Nabila S.
Editor(s): Mohini N. and Gunia K.
Graphic: Marsh P.