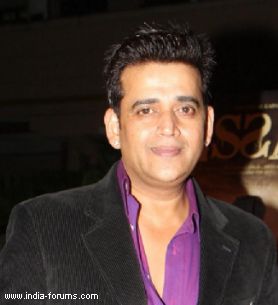 The Congress party "is out of shape right now", but "the Congress is Congress," said party candidate and Bhojpuri superstar Ravi Kissen, who wants to be part of "the movement to bring the Congress back to its days of glory".

The actor will contest Lok Sabha election from his Jaunpur hometown in Uttar Pradesh.

"One day out of the blue I got a call from Rahul and Priyanka Gandhi. When they said they need me in the party, I was deeply touched. At heart, I've always been a Congress man," said Ravi.

"Yes, the party is out of shape right now. That doesn't mean it is defunct. Rajesh Khanna had become paunchy, but he was still the biggest star ever. The Congress is Congress. And I'm proud to be associated with it," he added.

Ravi says it is "an emotional home coming" for him.

"Jaunpur is my home. It's a very undeveloped part of UP, so undeveloped that women have to go into the fields for their morning ablutions. The backwardness of the non-urban areas of India is a shame we all have bear."

"It has been my secret desire and an enduring yearning to do something for Jaunpur. Now that I am in a position to be of some help because of my star status, I said, why not take the plunge into politics? It would give me the platform to bring about real changes," said Ravi and added: "I am on my feet for 22 hours at a stretch. For now it's jeena yahan marna yahan in Jaunpur."

However, his wife and other near and dear ones opposed his decision to fight the Lok Sabha election.

"My wife was totally opposed to my contesting the elections. She was dismayed. 'Tum yeh kahan nayee museebat mole le rahe ho,' she warned me...Everyone I knew seemed to advise me against it. But I was sure this was the next move in my career," he said.

Ravi has always seen himself as a bit of a dare-devil.

"When all the actors in Mumbai where running after Bollywood, I chased down a career in Bhojpuri films and that too at a time when Bhojpuri cinema was a complete blank. I like taking risks. I like the smell of the unknown.

"How boring to do what every does. I could've joined a party which has a more trendy image right now. But I want to be part of the movement to bring the Congress back to its days of glory," he said.

The idea is to make Jaunpur an example of Shining India.

"I've told the high command that I want to improve conditions in Jaunpur to the extent that we see in Rai Barelli and Amethi. I want the rest of the country to feel actors are not just decorative props in politics," said the actor.