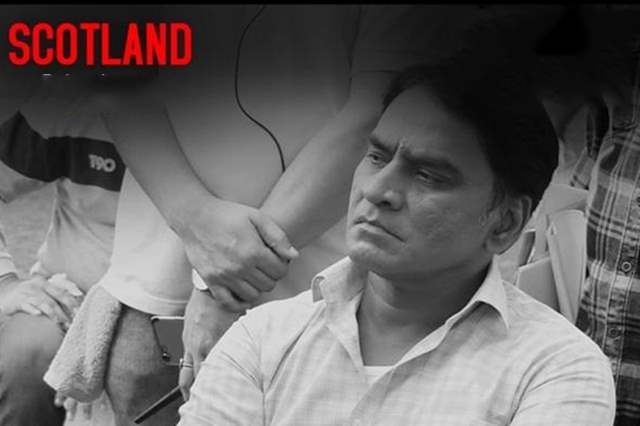 So, when an actor like him chooses to be a part of a film that may have a relative niche audience is something that is exciting and at the same time, intriguing. The actor is now all set to star as Sameer in an upcoming film called Scotland that will be available on ShemarooMe Box Office.

Latest streamer on the block, ShemarooMe Box Office has already managed to create quite an impact with some amazing films and is now all set to release yet another much-talked-about film in the form of Scotland. Manish Vatssalya’s directorial Hindi Film Scotland is a story of a wronged father deciding to get back at four criminals who rape his daughter; the film is inspired from real incidents that keep popping up in newspapers. It holds a mirror in front of society by confronting us with the heartbreaking reality of violent crimes against women in the country. The intense thriller has already won hearts of many film buffs With ShemarooMe Box Office; it finally makes its much-awaited debut on Indian screens.

In an exclusive interview with us, we asked Panday about several things. Firstly, we asked about his character details to which he answered, "The character is a very honest person who is very faithful to his boss. A trustworthy man, he’s a father and is almost like family to his boss. The character appealed to me because it’s a different role than what I’ve attempted earlier and that’s what drew me to do the film. I am also extremely happy that the film is releasing on ShemarooMe Box office, an OTT platform gives you a much bigger opportunity to showcase your talent as a performer."

There is already a range of films that has been made on this topic so when we asked him as to what makes Scotland so different, he said, "It’s true that films have touched upon the subject in the past, however, we still come across tragic news every day. The fact that this is inspired by true stories is what sets it apart. It gives me pleasure to be part of movies that send out a social message."

The Kapil Sharma Show: Chandan Prabhakar talks about ...
39 minutes ago

Arjun Bijlani on music video with Reem Shaikh: I feel Ishq ...
an hour ago

They Kept Denying It But Kriti Sanon Was Dating Sushant ...
9 hours ago

'Naagin 5' To Welcome Two New Entries in The Form of Karan ...
15 hours ago
View More
TOP