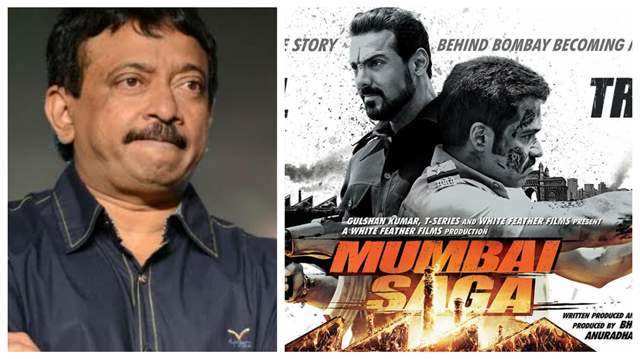 One of the most recurring themes in Bollywood films has been underworld drama where we have seen some of the finest gangster films over the years. Be it Ram Gopal Varma's films like Satya, Company, D and others or be it Sanjay Gupta's Shootout franchise or Ekta Kapoor's Once Upon a Time in Mumbaai - this genre of films has been a constant and almost always successful.

In the same range and genre, the trailer of Mumbai Saga recently released where the film will be releasing in the next couple of weeks. Varma, who created D earlier now has D Company releasing along with Mumbai Saga and talking about it with SpotboyE, Varma said, "Well, the subject matter is in the public domain and everyone will have their own interpretation ..I frankly don’t know what MUMBAI SAGA is about but I can say that D COMPANY is the ASLI MUMBAI SAGA ."

We wonder what will Gupta have to say about this.