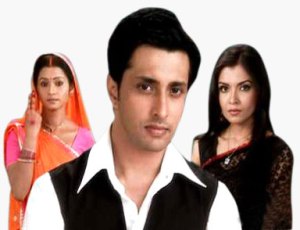 Its celebration time for Star Plus' and Sphere Origin's Tere Mere Sapne. The show which is apparently ruling the afternoon slot recently completed its 400 episodes. Also the channel is quite happy with the rating the show is gaining at 1:00 PM slot without any repeat telecast because of which they have now decided to keep the show running and has given it a six months extension.

And if sources are to be believed, the show will once again get an extension of a year after completion of this contract in October.

Talking about the maha episode, a source chirps, "Mira (Paridhi Chauhan) will over hear Sarju's (Yash Pandit) conversation with Radha (Ekta Tiwari) of not allowing Radha to use the geyser as it is not working. Over hearing the conversation, Mira will break the tap of Sarju's mom's washroom and decides to use Radha's washroom. While using the geyser,Mira will get a shock out of the electric short circuit for which Radha will be blamed again."

We contacted Ekta Tiwari and she was happy to comment, " Its been really nice to hear that our show got an extension, which means the audience is liking it."

Guess its time for some double celebration for all associated with the show.

9 years ago star plus is seriosuly after it's own life. first they ended TL, and then shifted CCBM 2 aftn slot. now they want to end my fave show Gulaal! But they keep this crap?!?!?!??! who the hell even watches this?
gulaal has a much bigger following than this! gosh...What the hell??? star plus' days are seriously numbered. after they end gulaal, i am not looking at any other show this crappy channel churns out!

9 years ago i love this show...you must watch it then you also will love it ...love tere mere sapne

+ 2
9 years ago I hate SP for ending my kasturi When its TRP's were going sooo well
Miss my robbie kasturi!!!!!!

KBfan4ever 9 years ago After 400 episodes, what more can you churn out ? Gulaal is such a good show with so much promise. Why not change the time slot. Whoever are enjoying can do so at whatever time. Dont always think of TRP. Would you take that to the grave saying TRP,TRP,TRP. God save us from such decision makers

+ 2
9 years ago Star plus...what a dumb channel...!!i think they have some allergetic problems with good shows...they just eats the food made in all their cookery shows and sleeps well...more torture no quality..!!

+ 2
9 years ago WOW WonderFOOL...this was the last thing that i wanted to hear...now.SP can celebrate their farewell party...bcause they are GONE...they ended tereliye ,CCBM ,gonna end gulaal..but not this crap...

9 years ago people like this show?OMG its so boring..plus dragging!!
I dont want them to end gulaal plzzz end this instead and some other one :(