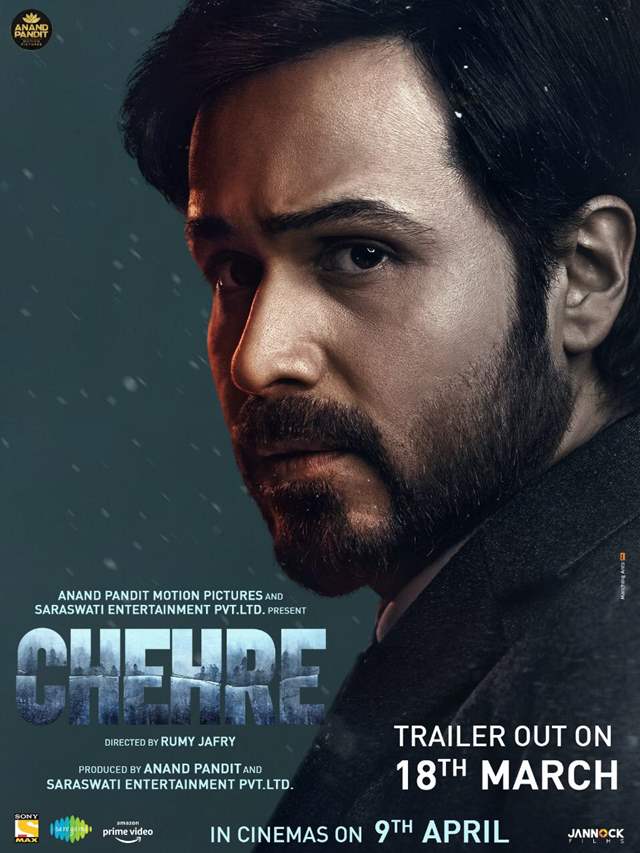 Anand Pandit’s highly anticipated mystery thriller “Chehre” directed by Rumy Jafry is all set to get a theatrical release on 9th April 2021. After the teaser that received a lot of appreciation from the audience as well as the critics, the trailer will be launched on 18th March 2021.

Following the launch of Mr Bachchan’s poster, team Chehre has now unveiled the official poster of another protagonist, Emraan Hashmi. The actor’s intense look will surely pique the interest of the audience who will be waiting with bated breath to see the film.

The interesting factor for the audience is the clash between the two stars in the film with a hint of antagonism in between.