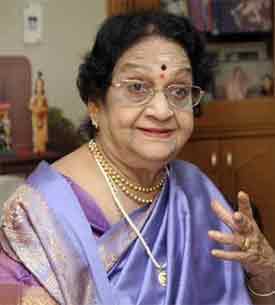 "Anjali Devi was admitted to Vijaya Hospital four days back. She passed away this afternoon," a hospital source told IANS.

She is survived by two sons.

It was director C. Pullaiah who rechristened Anjani as Anjali Devi. In 1947, she made her debut as a lead heroine opposite Akkineni Nageswara Rao in Telugu family drama "Balaraju".

Before entering films, Anjali was a popular theatre artist.

Mostly known for starring in mythological and family dramas, Anjali became a household name with memorable performances in films such as "Lava Kusha", "Bhakta Prahlada", "Bhakta Tukaram" and "Badi Pantulu".

Anjali is credited with introducing Bollywood actress Rekha into Telugu industry as a child artist with "Rangula Ratnam".