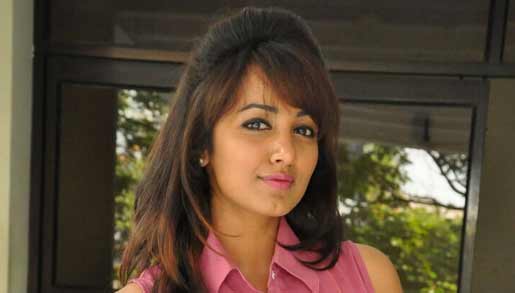 Tejaswi Madivada, who was recently seen in Ram Gopal Varma's Telugu thriller "Ice Cream", is "excited" and "nervous" about her Tamil film debut because it marks her first experience with a duet.

"This is my first commercial project in which I have songs (dream duets) and I'm really excited about it. I'm equally nervous because it's my heroine debut in Tamil and I don't know the language, but I've been able to cope up," Tejaswi told IANS.

In "Ice Cream", which happens to be her lead debut in Telugu, Tejaswi played a role confined to the four walls of a house.

"Holi", which is based on friendship, also features Raj Bharat, Amzath and Reshmi Menon in important roles.

Tejaswi, who started her career by doing cameos in Telugu films such as "Seethamma Vakitlo Sirimalle Chettu" and "Manam", has already completed two more projects in the language as lead.

"I'm waiting for these films to release. I want to take the time and groom myself accordingly as my career in films has just started," she said.