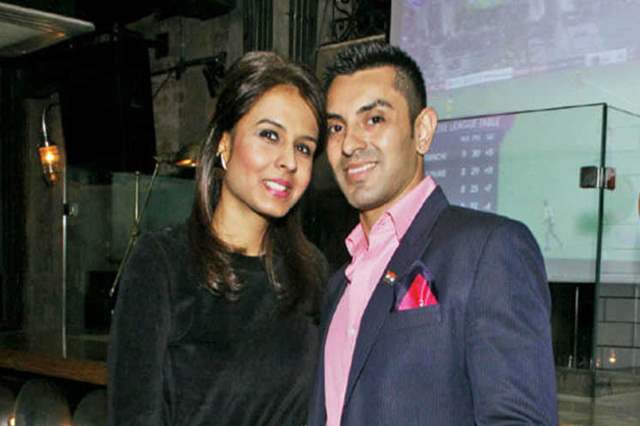 Bigg Boss 13 saw its latest elimination in the form of Tehseen Poonawalla, which did not come as a surprise to many but did shock a few where the man entered the house only a week ago and became one of the few wildcards in the history to be ousted in such a span short of time.

However, his elimination has happened owing to a particular reason, as his wife, Monicka Vadera Poonawalla claims. According to reports, the organizers of the show reportedly received a call from his lawyers requesting to connect to Tehseen inside the house with relation to urgent legal/political issues due to which he had an unexpected eviction but was not in line to be removed judging from the great content and footage he was giving. While no official statement from Tehseen Poonawalla has been made at present due to his contract but his office has issued a statement stating that ‘Tehseen at present is busy with contractual formalities & shall shortly issue his official statement before heading back to Delhi tonight’. 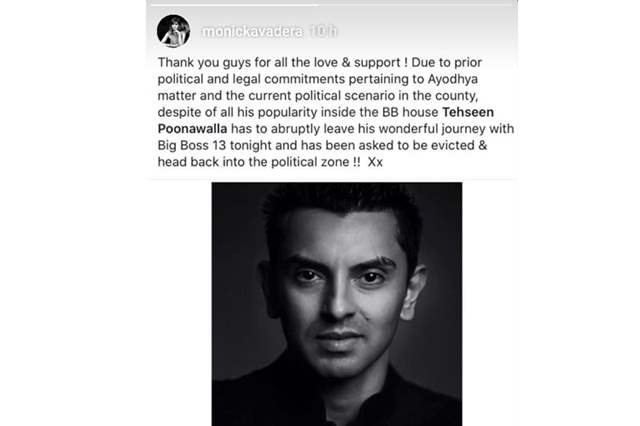 TrollikaDevi 8 months ago He was boring. Voters didnt care. Even if he WAS pulled out by his lawyers thats probably because his wife and family couldnt stand the embarassment of having him on national television

SnehaExpression 8 months ago Lol 🤣 He was evicted. We know that ! :)

Amitabh Bachchan Blasts Troll Who Asked Why He Doesn’t ...
4 minutes ago

Janhvi Kapoor calls the journey of discovering 'Gunjan ...
23 minutes ago

Kasautii Zindagii Kay to witness a new entry in the show ...
49 minutes ago

Aishwarya Khare and Anjani Kumar Khanna roped in for Naagin ...
58 minutes ago