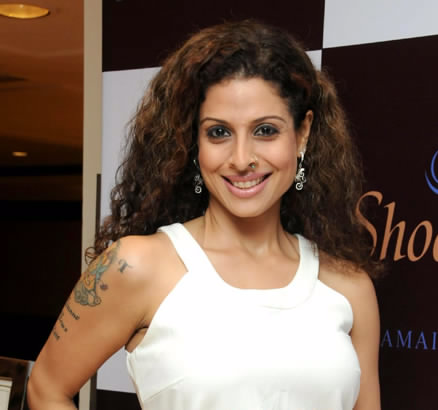 To many it may seem that telly couple Tanaaz Currim Irani and Bakhtiyaar Irani only work with each other, but the actress says Badi Door Se Aaye Hain is actually the first fiction project in which they feature as a pair.

"There was no such plan...and there's no contract (that we will only work with each other). I think Tee and Bee has become a brand now, and people enjoy watching us together," Tanaaz said here.

The duo has starred together in reality shows like Nach Baliye 2 and Bigg Boss Season 3, but the chance to feature as a couple in a fiction show seemed exciting to them.

"I think because of the way we behave together, people aren't bored of this couple," Tanaaz said while pointing to herself and Bakhtiyaar.

"People want us to do comedy together, and it's actually a blessing to go to work together and come back together. Otherwise, there would be no time to spend with each other or with the kids," added the actress, best remembered for her role in Zaban Sambhal Ke.

Together, the duo also has a dance academy called Tee & Bee Dance Institute.

termi 9 years ago Rani is my most fav actress along with Kajol and Madhuri and i am so happy coz I am frm Seattle... I have been listening to this song its amazing...i really want the lyrics

shivani003 9 years ago Awww! Love Rani! She totally deserves it

-BlueSwitch- 9 years ago Yeah! Rani is a class apart!
Damn happy for her!

CrazyNoori 9 years ago goin to so make a mix with this ft rani herself :P

here is a link to the song

iheartChai 9 years ago Wow very interesting...unfortunately could not find a sample of the song to listen to :(

-Ripal- 9 years ago woow i luv rani
d best actress ever
she is amazing:):)

shonagudia 9 years ago superb actress. I just wish her to come back to big screen soon