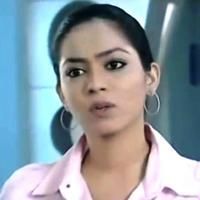 Vaishnavi Dhanraj who is today known as Tasha of Sony's popular and long-running show CID has decided to quit the show as she has bagged the lead role in COLORS' Na Aana Is Desh Laado.

Laado which is soon to take a generation leap of 20 years will rope in the two grown-up daughters of Sia (Natasha Sharma), and the girls to play this role will be Vaishnavi Dhanraj and Simran Kaur of Love Ne Mila Di Jodi fame.

As a result of this, Tasha's character in CID will be bumped off in tonight's episode.

Our source states, "In the episode, Tasha will be shown having an encounter with a lady criminal. Tasha picks up her gun to shoot her, but the other lady stops her and they have a tussle with the gun in their hand. This is when accidentally a bullet goes off and hits Tasha. The officer will breathe her last, thus bidding adieu to CID".

We called up Vaishnavi who confirmed the news and said, "Yes, it was a very tough decision to make. But I guess this is what every actor goes thro' as he/she grows in career. I will certainly miss my entire team, the unit, my co-actors who are like family to me. It has been a glorious two years for me in CID with Fireworks Productions and the channel. Having said this, I would want to get back to CID one day".

When asked about Na Aana Is Desh Laado, she said, "It is true that I am playing one of the leads there. But I am not supposed to talk of my role as of now. I start my shoot next week".

chandu28 9 years ago I really feel bad that Tasha had to go this way.....................it would have rather been gud had they shown Tasha taking a temporary break and come back again in future. Will miss her a lot and god knows who is going to replace her

ArushiBS 9 years ago Uffff. Finally this gurl Leaves. Been waiting 4 it !

kimiwalia 9 years ago cired so much at the end..we will miss u so much...love u tasha....
cid will be incomplete without u

kinny_ranvir 9 years ago wish you all the best !!! going to miss u in cid

EstelleEvenstar 9 years ago I am surely gonna miss her in CID :( She was the best lady officer after Asha.

bittu31 9 years ago They should have shown her going for further training or for break ...now by killing her they have closed the door for reentry in CID ... I will really miss her .. they way story is leading in laddo ..without any sense ..it will end soon..

kashif.com 9 years ago Tasha u was lucky when u start work in cid.

PemaKarpo 9 years ago One lead from Love Ne Mila Di Jodi and the other from CID :D
Its going to be Sita aur Gita all the way :D

debayon 9 years ago Another actoress coming into the grasp of those ridiculous soaps. Will miss you dearly Tasha. Good luck in your future endeavors.

Taapsee Pannu: Will ‘break all ties’ with Anurag Kashyap if ...
28 minutes ago

Bigg Boss 14: Kavita Kaushik shuns reports of being a part ...
47 minutes ago