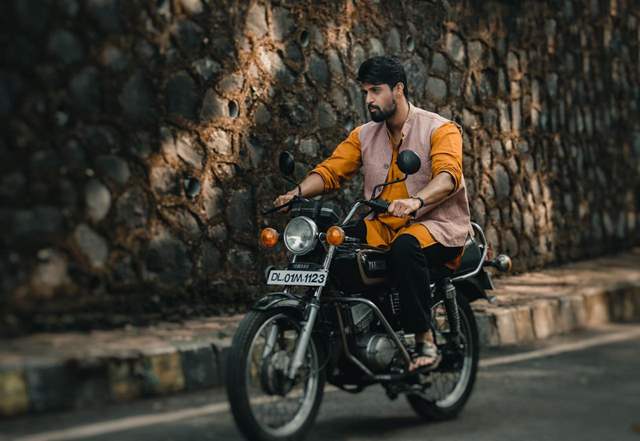 Tanuj Virwani recently wrapped the shoot for ULLU's upcoming series “Tandoor” where he plays the lead opposite Rashami Desai. On completing the shoot, the actor took to social media to share the first look of the upcoming series. Tanuj plays the role of a young ambitious politician who has a strong voice and wants to be heard.

The look, revealed by Tanuj, has him standing in a middle of a rally holding a placard appearing enraged wanting to make a point. He wrote with the picture, “A little Glimpse into my next.I’m Really excited about this and so should all of you !!!” (sic.)''

Director Nivedita Basu too shared the look thanking Ullu’s Founder & CEO Vibhu Agarwal for backing the project. She wrote “Can't thank @vibhuagarwalofficial enough for giving me the chance to bring this riveting story on screen'' (sic.)

Talking about his role and the look, Tanuj said, “Tandoor is a project that I had my eyes on for a while. First, the producers were chasing me then I was chasing them and in the end we realized, we just need to work together and so we made it happen. When it comes to the look or I should say looks because the character goes through a whole journey and I thoroughly enjoyed dabbling with different looks for the series. I love the idea of disappearing into a character and without dropping any spoilers or revealing too much too soon, let’s just say that there are a bunch of distinct looks that I’ve gotten to play with over here and it really helps an actor with his performance because all of a sudden if you are dressed a certain way, you start feeling a certain way. I’m no longer acting, I’m reacting... I’m just being. And as they say, you can’t lie in front of the camera, it just tends to catch the minor subtleties that you may consciously and sometimes subconsciously try to portray on screen. I’m really excited about this one. There’s a whole lot more to follow, but we will keep that for another time.”

zee112 9 days ago Excited to watch Tandoor, all the best.