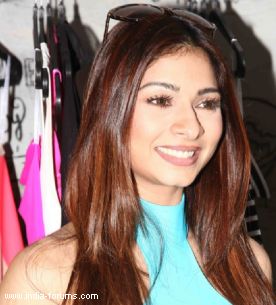 Tanishaa chose April 3 for the launch as she believes in the power of numerology, said a statement. The 36-year-old will also share her experiences and vibrant memories with her fans on the page.

"My fans have become my extended family and I want them to know the real me, and everything about my life. My official Facebook page is now live and I am happy I can now connect with my fans directly on this popular platform," said the actress.

Having acted in various Hindi, Tamil, Telugu and Bengali films, Tanishaa started her career with the movie "Ssshhh" in 2003 and later went onto work in Ram Gopal Varma's "Sarkar". She was recently seen in the controversial reality show "Bigg Boss".