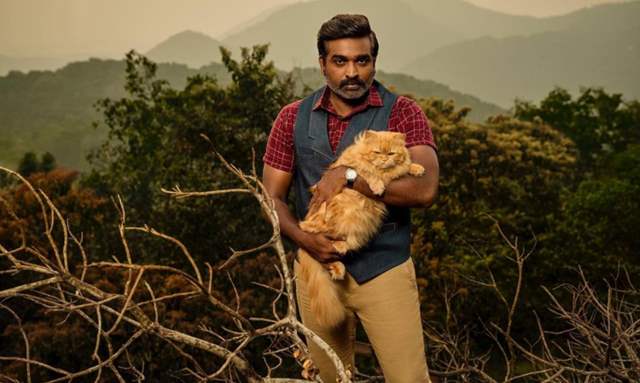 Tamil superstar Vijay Sethupathi was rumoured to make his Bollywood debut soon and now, the wait is finally over. The actor has finally chosen his debut film which is reported to be silent film helmed by director Kishor Pandurang Belekar and the movie has been titled ‘Gandhi Talks’.

The reports of Sethupathi giving a thumbs up to a film might put the fans in a state of frenzy considering his massive fan following. The ‘Vikram Vedha’ actor who is known to be a mass hero, Vijay’s latest release, ‘Master’ has garnered much appreciation from fans and critics.

Speaking of director Kishor Pandurang Belekar, the filmmaker recently revealed that he has been working on the script for 19 years.

Kishor recently spoke about approaching the South superstar for the part and said, “This project has been close to my heart and when the actor playing the part relates to the idea and the emotional graph, it turns out to be a boon for the director. Every director looks for certain characteristics in his actions when he approaches them for a part.”

The last silent film in Bollywood was ‘Pushpak’ (the Hindi title of the original Kannada film, ‘Pushpaka Vimana’) in 1987. Kamal Haasan had just delivered a career-defining role in Mani Ratnam’s ‘Nayakan’ and the silent film aced his reputation as an actor, who could speak volumes even without dialogues.

“Initially, I was planning to cast a Bollywood actor, but when I extended my search to the regional cinema, I came across Vijay Sethupathi. I watched his impeccable performances in Tamil films and his acting prowess left me mesmerised. He is not only brilliant, but he is also a gutsy actor, who is not worried about his image or stardom. His acting skills, style statement and vocal dynamism are stupendous and that’s when I felt I have found my lead star. He is not only prodigious in his work, but also down-to-earth. I am really excited to work with Vijay, who understands my vision and approach towards the film; I want to start work on my dream project as soon as possible,” the director added.

Meanwhile, Vijay Sethupathi spoke about choosing Kishor’s directorial for his Bollywood debut and said, “I have been experimenting with different characters throughout my career and when this silent film came my way I knew I had to take up this challenge. Kishor sir has a fantastic story and script in place.I know this project will surely be an outstanding one. Gandhiji’s thoughts are more important and valid than his picture in the Indian rupee period.”