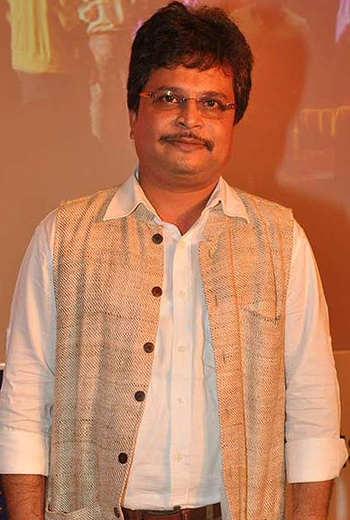 The team of comedy show "Taarak Mehta Ka Ooltah Chashmah", produced by Asit Kumarr Modi, is joyous over the victory of BJP leader Narendra Modi in the Lok Sabha election.

"We had even gone to Varanasi for canvassing and become part of the procession with Narendra Modi. We are sure that during his rule (as prime minister), India will become more progressive and development-oriented," Asit, who hails from Vadnagar where Narendra Modi was born, said in a statement.

The show, aired on SAB TV, is a light-hearted entertainer about various people who live in a society named Gokuldham.

Munmun Dutta aka Babita of 'Taarak Mehta...' issues an apology of her ...

+ 4
10 years ago Its just okayish. If they can make an average looking girl like Deepika look nice then Iam sure these ppl have magic in their hands... or maybe its called AIRBRUSHING

Her face looks too flawless to be believable. Somehow it looks very fake and average to me. Not very exceptional. Jai ho make up baba.

+ 2
10 years ago awww she looks amazing!
but what magazine is that?

10 years ago i like her, very nice actress and shes soo pretty!

+ 3
10 years ago i dont see her movies , as she cant act , all i see her is as a model and she fits perfectly for this coverage

10 years ago She just looks so pretty without much effort... :)

10 years ago I'm not against her but if she wasn't a celebrity i dnt think anybody would have said tht she is very beautiful ir gorgeous:/ sorry if i offended anybody...

10 years ago Deepika looks really pretty and nice in this cover!!!!!!!