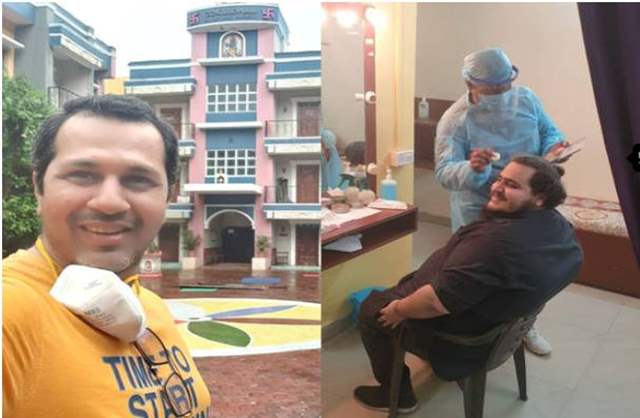 After almost three months, major Television shoots has resumed and one such show which will soon go on the floor is Taarak Mehta Ka Ooltah Chashmah. Recently the director of the show Malav Rajda visited the set for reiki and he also posted on his social media about the same.

Now the latest we hear is that Malav Rajda has once again visited the set. He shared the picture on his social media captioning it as, "ITS THE FINAL COUNTDOWN.....with my dop here n bhailu doing mock make up....COMING SOON NOW....VERY VERY SOON....STAY TUNED.

He got his DOP (director of photography) to get make-up done with the makeup artist wearing full PPE gear.

Taarak Mehta Ka Ooltah Chashmah is one of the longest-running shows and before resuming the shoots, the makers are making sure that everything goes perfectly and smoothly, once the actors are back on sets.

Kubbra Sait Slammed By Kangana For Supporting ...
5 minutes ago