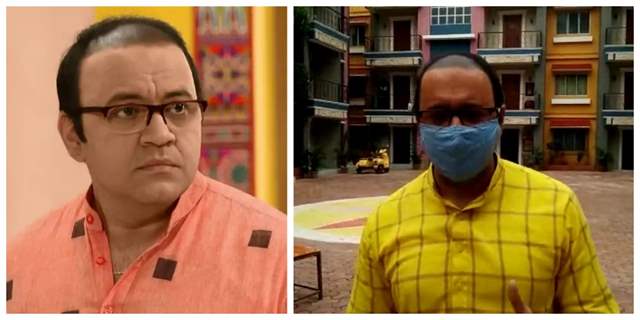 Several Television shows including SAB TV's Taarak Mehta Ka Ooltah Chashmah has resumed their shoots by taking proper precautionary measures. The upcoming track of the show will bring it more drama, entertainment and laughter to the audience. The entire Golkuldham society have now become a household name and each character is loved by the audience for their own unique traits.

Mandar Chandwadkar who plays the role of Bhide in the show shares that they have started working so that they can entertain the fans again from today i.e.22nd July. He also ensured that while shooting they have taken all the precautions and there are santizers everywhere on the sets and everyone is wearing masks on the sets.

Dilip Joshi who plays the role of Jethalal also shared that everyone on the sets are sanitising their hands, wearing masks and added that all the precautions are undertaken. He had also mentioned that when they first started shooting post lockdown, the first few days they felt as if they were shooting in the hospital as there was strong smell of sanitiser around and everyone was wearing masks. And they wondered how will they do comedy in such situation. However, he feels that the situation is such that they have to adapt to it.

In the upcoming track of the show, we will see that Bapuji will go missing during the lockdown which will leave Jethalal and the entire family worried for him. They will go and search outside but will soon realise that the gates of the society is locked due to the lockdown.

Are you guys excited for this upcoming track in the show? Do let us know your views on the same in the comments section below.