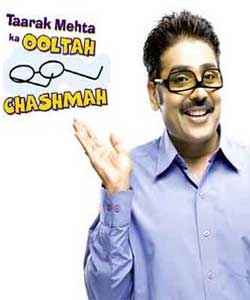 It seems all is not well for SAB TV's Taarak Mehta Ka Ooltah Chashmah.Allegedly,directors are not happy working for the show and the concerned production house due to which once again the current director has given the production house a warning of quitting the show.

The latest buzz we hear is that Divyesh Pathak who is currently directing the show is not happy with the atmosphere that prevails around in the production and therefore he was supposed to leave the show by 1st September. However, a few changes by the producer made him change his mind.

Yes, you heard it right; Divyesh Pathak is almost the 3rd or the 4th director for the show. The first few directors left the show due to their prior commitments and we hear apparently even Divyesh Pathak is not happy with the production house. If sources are to be believed Divyesh was not happy with the working conditions and therefore he had already given the notice but due to changes done by the producer of working only for 15 days rather working for 30 days and also permission to fulfill his other commitments along with the shoot, had made him to stay back, continuing with the show.

We contacted Divyesh Pathak who partly agreed with the buzz but refused to comment on the same saying, I am not leaving the show, I will be continuing shooting."

With this All iss well in the show.

9 years ago Please do not end the show...we want it to continue forever...our daily dose of entertainment

11 years ago very good. she is an amazing talent and it will be fun to see her again on t.v.