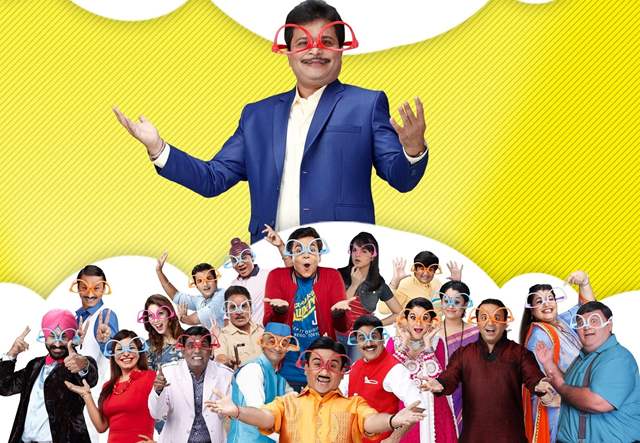 The nation-wide lockdown caused due to the global pandemic COVID-19 has not only led to economic and unemployment crises but has also affected people mentally.

During such times when people are building their physical immunity to build resistance against the Coronavirus, Taarak Mehta Ka Ooltah Chashmah has acted as medicine for bolstering mental immunity.

In a situation, constantly surrounded by negative and disturbing news has created a state of panic and tension. Additionally, an unstable economy and job losses have led to drastic changes in lifestyles. Even in such times, the one thing that has remained constant is Taarak Mehta Ka Ooltah Chashmah’s ability to bring smiles to people’s faces by spreading positive vibes. Across the globe, consumption of this light-hearted, comedy show by the entire family has aided in as a solution to worries and problems by acting as a medicine to their mental health.

The re-run and consumption of over 2900 episodes across digital and social media platforms over the last three months, has helped the audiences overlook their pain, sorrows and stress and look at the brighter sides of life.

For now, the makers of the show confirm that the resumption of shooting for new episodes is a WIP. The dates will be officially announced soon as there is consensus from all quarters including the channel, various Associations, and the industry as a whole.

“We are as eager as the fans of Taarak Mehta Ka Ooltah Chashmah are to see it back on air. It has been an overwhelming three months of so many fans continually asking us about when they can expect to watch the new episodes of the show. Many others have also showered love after watching the re-runs of the old episodes whether on TV or online, and for helping build some mental immunity even during the lockdown. I'm in constant touch with my team of writers and creative team to create unique piece of stories for our audiences. We will soon be back in action along with more humour and positive vibes,” says Mr Asit Kumarr Modi, Creator of the show.

The show has also narrowed down a few new story ideas and scripts to give its audiences a fresh perspective and to divert the mind from the on-going pandemic hysteria.

The team has spent hours on creative discussion, trying to analyse and think of ways to develop new stories over last three months. The new episodes will continue in the theme of Gokuldham Society’s unity and will represent the sentiment of the country’s people, although peppered with positivity and lots of fun. Regarding fresh episodes, the creative team is taking extra care of humour and are also going to change a bit of style of visualising and the making of the show.

“Without a doubt, we are excited to go back to work! Over the last three months I had the opportunity to take a walk down the memory lane by watching the re-runs of the show and it made me so nostalgic. Not only have I missed being away from the fans but also I have missed my Gokuldham family tremendously. There is a little apprehension in all our minds but we have confidence in our production team’s efforts in ensuring our safety at work. We are eagerly waiting for the green signal and very soon we will be back to entertaining our viewers who have been so excitedly waiting for us,” says Mandar Chandwadkar, who plays the role of Bhide in the show.

“We are yet to receive a confirmation on when exactly we will begin shooting but we’ve been told that we will have to follow stringent protocols to ensure our own as well as others’ safety at work. Nevertheless, just the thought that the Gokuldham Society will be back again on TV to entertain our fans and make them laugh, is very exhilarating,” says Palak Sidhwani, who plays the role of Sonu.

The production team is deliberating to the smallest detail and are charting out plans to ensure that everyone on the set is as safe as possible. Sheds have been erected at various places inside the set as a safety measure to maintain social distance especially for monsoon season.

Billed as the world’s longest-running family comedy serial, Taarak Mehta Ka Ooltah Chashmah is running in its 12th year and is watched by millions of Indians worldwide.

“I have been playing the character of Jethalal for the past 12 years and he is now almost a part of my life. For the last three months, I have been missing that part, my Gokuldham family and my audience family. We all want for the shooting to resume as soon as possible and at the same time there is apprehension in everyone’s minds regarding the safety precautions. But again, having said that, I am sure the way Asit Bhai has managed and taken care of the team since the last 12 years, he will once again make the apt decision which is best for the show as well as for the artists and crew members. I have full confidence in him that he will take good care of the team,” concludes Dilip Joshi, who plays the role of Jethaa Lal.

Taarak Mehta Ka Ooltah Chashmah made its first appearance on 28th July 2008 and has telecast over 2900 episodes making it the longest running family comedy show in the world. In India, the show is aired on SAB TV, Sony Pictures Network India.