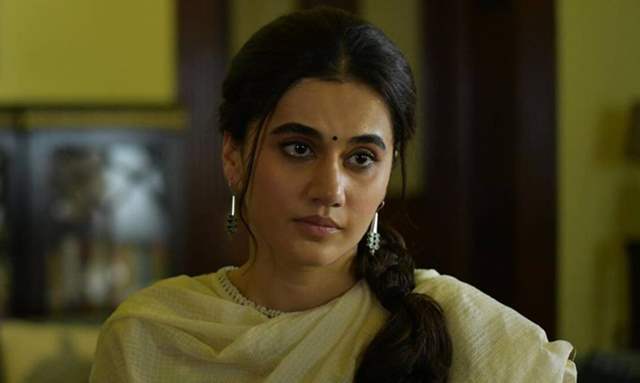 Months after the government imposed lockdown across the entire nation to curb the spread of Coronavirus, the Ministry of Home Affairs recently allowed the reopening of cinema halls and movie theatres with 50 percent capacity from October 15. Reportedly, several Bollywood films are slated for release after the latest announcement.

One of the several Bollywood films would be filmmaker Anubhav Sinha’s ‘Thappad’ which is all set to be available on the big screen this week. For the unversed, the film stars Taapsee Pannu as the lead.

The actress celebrated the re-release and welcomed the film with excitement. She took to her Twitter handle and expressed her excitement as she retweeted a post about the same and wrote, “Welcome back to theatres #Thappad” followed by several appreciating emoticons.

Director Anubhav Sinha reacted to the same as he took to his Twitter handle and shared his excitement. He wrote, "So #THAPPAD in theaters again. Yayyyyyy!!!!"

Taapsee Pannu starrer Thappad was directed by Anubhav Sinha and originally released on February 27, 2020. The film amassed love from the audience and was also one of the most critically acclaimed films in 2020.

For the unversed, Thappad is a social drama that speaks about the issues with patriarchy and how a woman reevaluates her marriage after her husband slaps her in the face in front of a group of people at a party.