Swati Chitnis who was last seen in NDTV Imagine's Jassuben Jayantilal Joshi Ki Joint Family is all set for her next show, the BAG Films show on Star Plus, which is tentatively titled 'Phool Kamaal'. 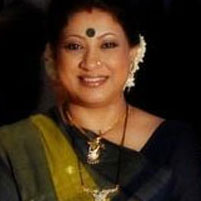 Featured Video
According to our source, "Swati will be essaying one of the important roles in the show. She will be playing the role of a Thakuraiyan and a mother, and it will be full of emotions".

The story is about a mother-daughter relationship. The buzz is that the gorgeous Nigaar Khan has also been approached for the role of one of the daughters-in-law of the family. But when we called Nigaar, she refused saying, "I am not doing anything as of now; I am concentrating only on Comedy Circus".

We tried calling Swati Chitnis, but she was unavailable.

When we contacted Nilanjana Puryakastha, Supervising Producer, BAG Films, she said, "I cannot comment on it right now, as nothing is finalized".

If sources are to be believed, this show will be for the afternoon band and will launch post IPL on Star Plus.

13 years ago Thank you i am waiting for the new show.

13 years ago i wanna c her workin in hats off prod serails...jassuben show was awesome!!!

13 years ago but it would have been better if she worked with hats off again.....anyways..lets wait and watch