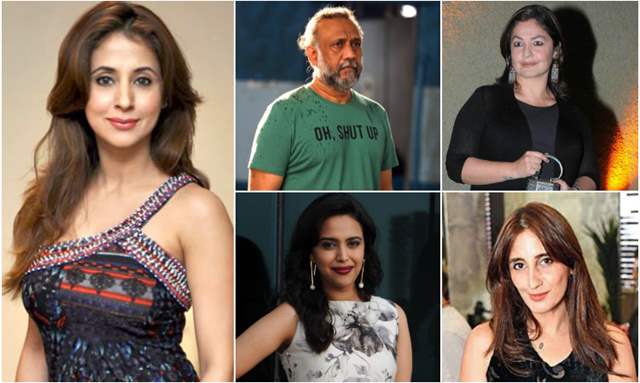 Now, many Bollywood celebrities have come out in support of the Satya actress and Kangana’s offensive remarks. Many celebrities namely - Swara Bhasker, Pooja Bhatt, Anubhav Sinha, Farah Khan, and more have supported Urmila.

Pooja Bhatt tweeted, “@UrmilaMatondkar you are a legend. #Rangeela was a treat visually,emotionally and you raised the bar for all of us in so many ways. You left us all,co-actors and an entire generation of movie goers awestruck! Sensuality & dignity.. two qualities you combined & embodied. Respect!”

Anubhav Sinha extended his support as he wrote, “Just felt like saying this to one of the most beautiful, elegant, evocative, expressive actresses ever. Sending you love @UrmilaMatondkar”

Meanwhile, during their debate over the alleged drug row, Urmila asked Kangana that she should do the film industry a huge favour and reveal the 'big names' that are part of Bollywood's drugs mafia, Urmila Matondkar said.

Kangana Ranaut hits back at ‘Fake Feminists’; Asks, ‘Where was your ...