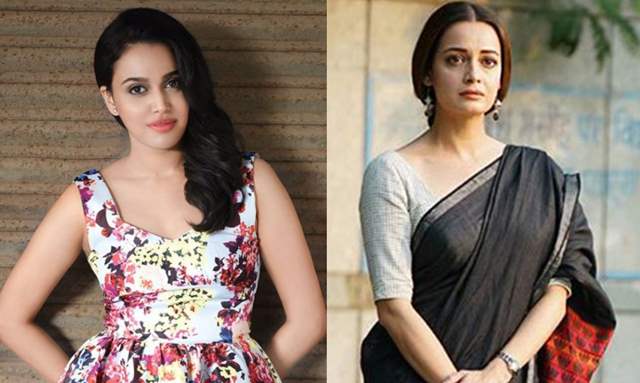 Currently, India has been in dispute with its neighbours and the tensions continue to brew in Leh. However, Indian Army is also busy fighting against the militant attack in Jammu and Kashmir’s Sopore. Like every other crossfire, civilians have been the ones to be at the receiving end and like always. Now, a heart-wrenching picture of a little kid sitting on the dead body of his grandfather who was reportedly killed in the crossfire has been going viral.

The picture has left the netizens numb and in sorrow. A Spotboye report suggests that one personnel of the Central Reserve Police Force (CRPF) and a civilian were killed in the militant attack, while three other  CRPF personnel were injured in the attack.

Now, actress Swara Bhasker and Dia Mirza have taken to their social media handle and expressed grief after seeing the viral image of the kid sitting over his grandfather’s corpse.

Swara Bhasker took to her Twitter, and wrote, “That image of the little boy and his grandfather’s corpse! #Kashmir.”

Meanwhile, Dia Mirza was heartbroken over it, and while replying to a user's tweet about the viral picture, Dia Mirza wrote, “Empathy is not selective. We either have it or we don’t. No child should ever have to endure the pain and horror this child has.”

The kid was rescued during the attack, and was picked up by the army and police personnel, who were seen attending to him after the trauma.

Kwerky 1 months ago Yeah, they can't condemn terror coming from the Islamist state of Pakistan but can only express sham grief for RTs. Please stop giving space to these mindless propagandists and their selectivism and hypocrisy in taking selective stands.