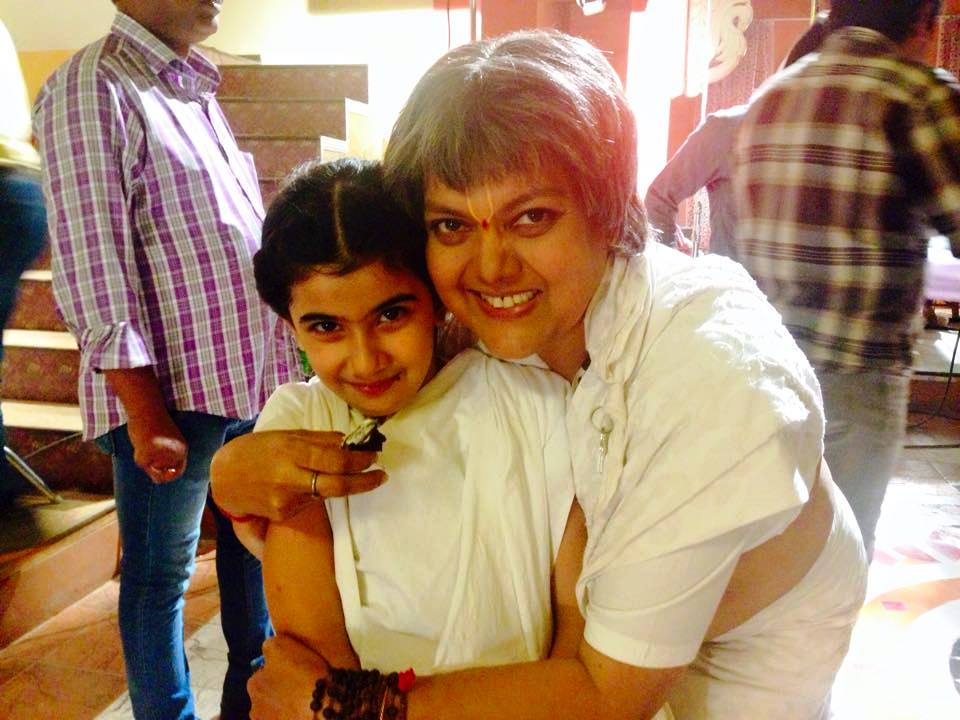 Looking at Sushmita Mukherjee's character in Gangaa, no one would ever want to have such a dreadful elder at home!

But the off screen scenario is a completely contrasting story. Since the actress does not have a daughter, she enjoys spending time with Ruhana Khanna aka Gangaa on the sets.

The duo share some crazy moments such as jogging in their white saris that they don in the show. To add on, they trot and chant do vidhwaa jogging'.

When asked Sushmita about her bonding with the little Ruhana, she stated, "I whine in front of the director that I don't want to torture young kid on the show and beg them to give me some motherly role because even if it's all just an act, I don't want to be mean to her; she is such a sweet girl. "