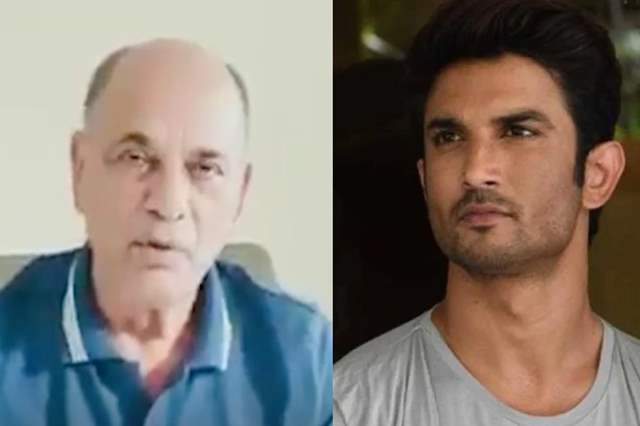 Every new day and, in fact, every new hour lately comes up with a development in the case of Sushant Singh Rajput's demise that doesn't just shock one and all but also raises eyeballs time and again. As per recent updates, Actor Rhea Chakraborty's disappearance (now said by lawyer it is untrue), and then a video of Rajput's ex-manager Disha Salian's dancing 2 days before she dies has been doing the rounds leaving quite a lot of people surprised. Yet another update has now arrived and this time, it comes from Rajput's father himself, KK Singh.

Mr. Singh has gone on to release a video statement in which he said that he had alerted the Mumbai Police on February 25 that his son’s life was in danger. In a self-made video, Singh was quoted as saying by ANI, “On Feb 25, I informed Bandra Police that he’s in danger. He died on June 14 & I asked them to act against people named in my Feb 25 complaint. No action was taken even 40 days after his death. So I filed FIR in Patna.”

According to Hindustan Times, Earlier, the lawyer representing Rajput’s father, Vikas Singh, said during a TV interview that the family told Bandra Police about their concern that the actor was surrounded by people they didn’t trust’. “What has been most distressful for the family is that what was Mumbai Police doing all this while? The family has been saying as early as 24 February 2020, when Sushant was still alive that he was surrounded by people whom they don’t trust and there could be some danger to him. And then when he died, the family says that please look into the people who were controlling him. No investigation against Rhea was started, she was given a clean chit,” Vikas Singh said.

My emotional memory helps me shape my character in Anupamaa: ...
19 minutes ago

Barun Sobti says his transformation for Halahal was 'a bit ...
21 minutes ago