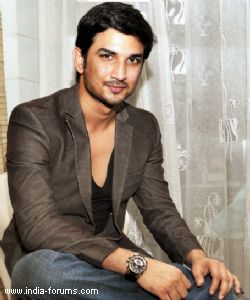 Sushant Singh Rajput who started his career with Star Plus Kis Desh Mein Hai Meraa Dil  rose to stardom with his characterization of ' Manav ' in Zee TV's Pavitra Rishta. We hear that he was offered a role in the movie 'Hate Story' directed by Vivek Agnihotri.

A source revealed that - " Sushant was approached  to play main lead for the movie Hate Story.Ankita Lokhande aka Archana was heard telling on the sets that Sushant was offered the movie but Ekta Kapoor requested Sushant to stay back  and continue with his role as Manav , till the time she managed to find replacement for him. Ankita laughed and thanked god that Sushant didn't take up the role."

Ramisaa 7 years ago i am soo glad that Sushi refused that disgusting movie if he wud have don that p*** movie he wud have lost many loyal fans...so proud of u baby :* :*

thisistas 8 years ago OMG i got so excited for a moment & thought he was going to be back on Pavitra Rishta. but anways, why would she laugh that he didn't get the role? doesn't make sense to me but im excited to see him on the big screen, good luck for the future Sushant!

lunza 8 years ago all the best sushant :) .. cant wait for kpc to release !