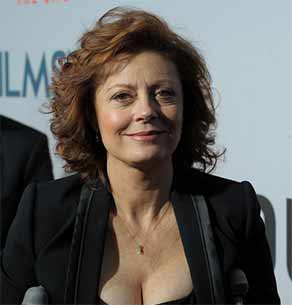 With just a few hours to go for the IFFI inauguration ceremony Wednesday, the mystery behind who has designed Oscar-winning actress Susan Sarandon's gown for the event just got deeper.

Sarandon is expected to inaugurate the 44th edition of the IFFI.

A day after festival director Shankar Mohan said that noted Goan designer Wendell Rodricks had been selected to design a gown for the 67-year-old actress, the designer insists he isn't the one on the job.

A source close to the designer said that he had not taken the job up. "Since her manager wanted an opulent Indian gown, Wendell has recommended Rohit Bal or Tarun Tahliani," the source said.

When asked to clarify whether the film festival organisers had erred in saying whether Rodricks was designing the Sarandon's gown, Secretary I&B Bimal Julka said: "To the best of my knowledge, that was the information we had at that point of time".

Mohan, who was also present at the press conference, however insisted that it was Rodricks who had been entrusted the responsibility.

"He is working on that. At the right time he will reveal it. Susan Sarandon's office is in touch with him".

Nirisha Basnett to bring a comedy twist to Tenali Rama as the Chief ...

Zee TV's Ishq Subhan Allah to return post lockdown but with a twist!