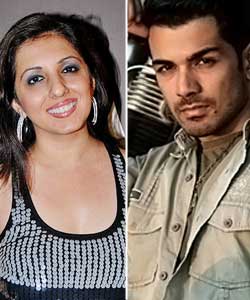 Star Plus is all set to launch its next big reality show, Survivor India-The Ultimate Battle. The show is leaving no stone unturned as far as promotions are concerned.  But its been heard that a few actors are upset with the kind of promotion the channel has been doing.

We hear that Abhinav Shukla, Munisha Khatwani and Silvia are upset that they haven't been shown in the hoardings which have been used to promote the show. There are 11 contestants in the show but only 8 of them have been given due space.

We asked Abhinav who told Tellybuzz, "I am not upset, but I am curious to know from the channel as to why I am not a part of it. But it's fine. At the end of the day it's the show that will give me recognition."

We asked Munisha who retorts, "I am not the right one to comment on this.I think you need to talk to the marketing people."

We hope the channel is listening.

savanasen91 8 years ago Abhinav is da best one out of all,even I was thinking y he wasn't shown?dey shud b fair to all,abhinav,minoans Sylvia all

aimyx 8 years ago Yes..I noticed that Abhi bhaiyya is rarely shown in the promos too..!!! *not fair*

Gunjan. 8 years ago every contestant should get due space in the promotion.Anyways waiting for the show to kick off!

Vartika07 8 years ago I'm not happy with the promotion strtgy of the show.

Princy360 8 years ago Abhinav Shukla was bestest villain dev ever!

-Nightingale- 8 years ago waiting for the show...hope all contestants get equal importance..

priyankaberry 8 years ago Its not done na..
i found Abhinav evrytime..
but .. its not fare wid all d contestants..