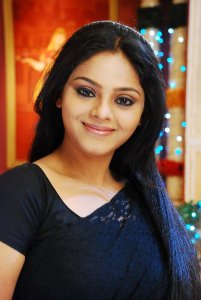 Today at 7:00 P.M on Imagine TV, Season 2 of Nachle Ve with two eminent judges Saroj Khan and Terrence Lewis kick starts. TellyBuzz earlier reported that Supriya Kumari (of fame Bairi Piya) and Shakti Mohan (of Dance India Dance fame) will be seen performaing for the opening act of the show.

We hear that the two gave a fantablous performance on the item number 'Munni Badnaam Hui'.

Our source tells us, "The opening episode will see a surprose winner, as Supriya managed to beat the sizzling moves of the Dance India Dance Season 2 winner, Shakti. Shakti and Supriya had together performed on the item number but due to the change in dancing style from western to Indian item song, Shakti lost the battle, with Supriya winning the competition".

"Shakti also got some negative comments from Saroj Khan off screen for her dull expressions. On the other hand Supriya impressed the judges with her performance and expressions, and marched to the next round," our source reveals further.

We contacted Shakti Mohan but she refused to comment on the elimination of the episodes, " I can just say that I am feeling happy to work with Saroj Khan and to have got some valuable tips from her. I can't say anything further," says Shakti.

Don't forget to watch the two ladies fight it out in the opening episode of Imagine's new show tonight!!

indumak2002 9 years ago Our demand - Bairi Piya Sequel/Season-2 or a new show with Sharad-Supriya as leads. Nothing more, nothing less.

jyothika75 9 years ago Supriya is a very talented, outstanding, very expressive actress & an equally good dancer as well. Really missing her on-screen presence very much. Supriya, hope BT, Ekta & Colors open their eyes & ears to our demands soon & realize how much your's & Sharad's wonderful portrayal of Amoli & Thakur DV means to their fans. Want to see you with Sharad as a jodi, once again in a new show.

krambaig 9 years ago would be great if you could cast sharad kelkar &supriya kumari for your next project. both of them are extremely talented and share a mind boggling chemistry

indumak2002 9 years ago U've danced awesomely in this show, Supriya. And now we fans of u want to c u back very soon with Bairi Piya-2 on-screen, or another new show but make sure it's only with Sharad as we're all dying to c u both light up the screens with ur awesome chemistry, once more. Missing ur presence on daily soaps, very badly.

g_viswam 9 years ago Love you amoli...whey are you gonna be back?

indumak2002 9 years ago Missing u verrrrrrrrrrry much, Supriya! Plzzzzzzzz come back soon with the BP Season-2.......am really looking forward to watching ur acting there.

g_viswam 9 years ago We miss our amoli...hope to see you there...

king99 9 years ago Best of luck SUpriya. We will always root and cheer for you.

From Sid, Bunny to Ved, Barfi: Life Lessons that Ranbir ...
7 minutes ago

exclusive
Exclusive Bigg Boss 14: Sakshi Chopra decides to give the show a miss ...
44 minutes ago