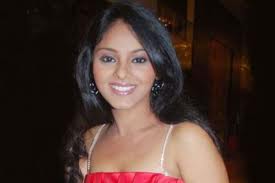 Telly Buzz was the first to report about Sahara One's Ek Chutki Aasman taking a generation leap and now we hear that Supriya Kumari aka Amoli of COLORS' Bairi Piya has been approached to essay the lead post leap.

As of now Chutki's father Rajesh Shringharpure (Ganesh) is dead and Hemangi essayed by Chhavi Mittal has been put behind bars, for the crime of killing her husband. Soon the show will take a leap where the small Chutki will be seen as a grown-up girl.

We hear that that Sphere Origin has approached Supriya to play the elder version of Chutki as they feel she fits the bill perfectly.

We contacted Supriya Kumari who confirmed the buzz as she says, "Yes, though nothing is finalized I have been approached for the role. I have no confirmation  on whether I will be doing the show or not. Everything will be finalized once I sign on the dotted line."

We tried contacting Chhavi Mittal but she remained unavailable for her remark.

Ishqbaaaz actress Mansi Srivastava reveals she was approached for ...

Yeh Rishta Kya Kehlata Hai's Mohena Kumari is back home but is still ...

indumak2002 9 years ago Supriya, nothing but a good lead role with u & Sharad as a pair can satisfy us fans. Plzzzz return soon with BP Sequel/Season-2 or a new show.

krambaig 9 years ago it would be great if you could cast sharad kelkar &supriya kumari for your next project. both of them are extremely talented and share a mind boggling chemistry.

zanraj 9 years ago Supriya, happy to know ur moving forward with ur career. But plzzzz don't accept this offer, we want to c u only in BP-2! :( We have worked day & night for it & want to c u give ur besttt to the role in it, when it comes

Savitha0101 9 years ago We are still waiting for you to come back in a new show with sharad kelkar please make it fast..

Savitha0101 9 years ago Want you back on screen Supriya with sharad kelkar god!! missing you like hell

indumak2002 9 years ago We want to c u back very soon with Bairi Piya-2 on-screen, or another new show but make sure it's only with Sharad as we're all dying to c u both light up the screens with ur awesome chemistry, once more. Missing ur presence on daily soaps, very badly.