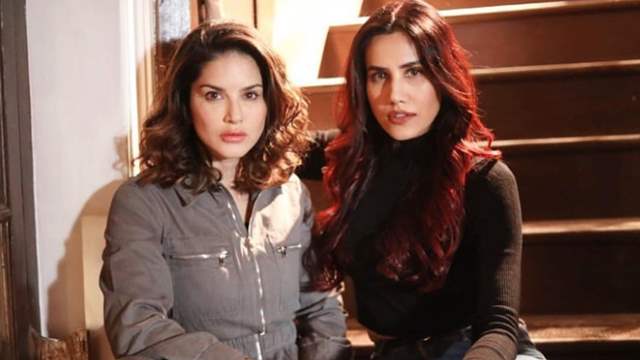 The second wave of Covid-19 is hitting the entertainment business like a storm. Several Bollywood actors including Akshay Kumar, Alia Bhatt, Vicky Kaushal among others recently tested positive and even the shooting of many projects have been called off.

Similarly, the shooting of Vikram Bhatt's upcoming web series 'Anamika' has been stalled after some of the staff members tested positive. The show stars Sunny Leone and Sonnalli Seygall in leading roles and as pee ETimes, each of their spot boys have contracted the virus.

Sunny and Sonnalli also took the Covid test as a precautionary measure but have luckily tested negative. Speaking to the portal, Vikram Bhatt confirmed that some of the staff is in quarantine after testing positive. He shared that the shooting has been stopped until further notice.

Directed by Vikram Bhatt, Anamaika, a gun-fu action series will have 10 episodes and will release on MX player.