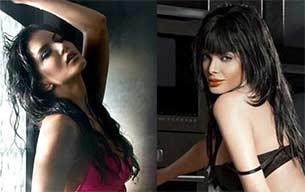 However, the "Ragini MMS 2" actress says that comparisons don't worry her.

"The comparison is a natural thing, those who saw season 6 and will now watch season seven will obviously compare us. But Sherlyn and my personalities are very different," the 33-year-old said here Wednesday at the launch of the new season.

Sunny will be co-hosting it alongwith Nikhil Chinappa, who has been a regular on the show since season 2.

"Last season they got to know her (Sherlyn) and now my fans will get to know me a little better. I speak Hindi everyday, which is very tough," she added.

The seventh season of dating-based reality TV show will go on air soon.

6 years ago Who is sherlyn chopra ???
Sunny leone is best bas...