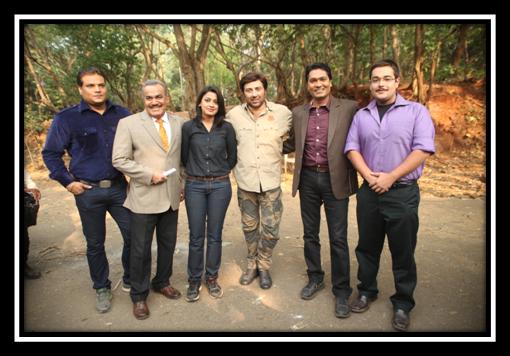 The accident happened recently and he through his contacts has found out that it seems murder and not an accident. Cops ask why he is so sure. He tells cops that he knows the old man who was an honest man and he was fighting for his granddaughter's murder case. The killers are behind bars and they have taken revenge against the old man by killing him. Saranjeet tells cops that he only had pushed the granddaughter's murder case to the court so he knows in and out of the case and the killers.

So he wants CID's help to handle the case, as he knows the old man who was his neighbor. Now CID with the help of Scramjet will solve the mystery behind the old man's death. Now it is a challenge for cops to find out whether it is a murder or accident? Saranjeet comes out of the jail and in climax he helps CID cops in catching the criminal with proper action sequence.