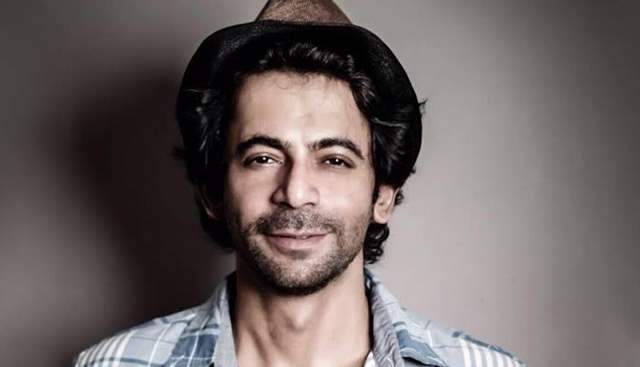 Sunil Grover who has enthralled the viewers over the years is all set to be back on screen with his new comedy show. The reports also suggest that the Star Bharat show is titled as 'Gangs of Filmistaan'. We at India Forums got into a conversation with Sunil Grover where he opened up about his role in the show, preparations and much more.

First of all, the concept of the show is very unique, so tell us something about that and your role in the show.

I am playing the role of a don in the show who happens to be a landlord. He's a don and people perform in front of him. The show will come from Monday-Friday and top notch artists are there in the show.

What's the one thing about the show that you liked the most which made you say yes to it?

The one thing which I liked the most was that duing this time, the most required thing in the entertainment industry is humour. This show was offered to me just recently and I immediately said yes to it. Because I felt that something humourous should reach the common man more so now. The more the content is, the more options they can get and they can watch and enjoy it.

It will air from Monday-Friday and it is an offer from our side that we will make you smile and laugh and you'll have a good time watching this show. Personally, my intention from this show is to use the money that I'll get from this show for charity. Because the times are such that we all need to be together and think of each other's happiness. The show's purpose is to spread happiness. I hope and wish that we succeed in this mission of ours.

How excited were you to go back on sets and shoot because of this entire situation?

I'm excited to shoot because after five months, I'll be working and will be on the sets. But yes, at the same time there is a little amount of area which is captured by that we have to keep ourselves sanitized, we have to keep social distancing and we have make sure that everybody around is sanitized.  I'm very excited to get back to work and more excited than anything else because we're doing something that will make people laugh. That is something which is the need of the hour.

You'll be seen working with some of the prominent names in the show. Is that something that you're looking forward to?

Yes, because I will be witnessing their acts. This time, I'm on the other side where I have to sit and watch their gags. I'll have a lot of fun. There is Shilpa Shinde, Sugandha Mishra, Sanket Bhosale, Upasana Singh, Jatinder Suri, Paritosh Tripathi and so many talented artists. All of them will be there performing and I'll watch and enjoy it and will portray my character of the don.

Are you going through any special preparations for your role?

Yes, the preparations are regarding his style of walking and talking. How much I've prepared will be known later but ofcourse I have a few things in mind on how I'll do it.

TinTuna 1 months ago No one misses him! He is long gone for us now