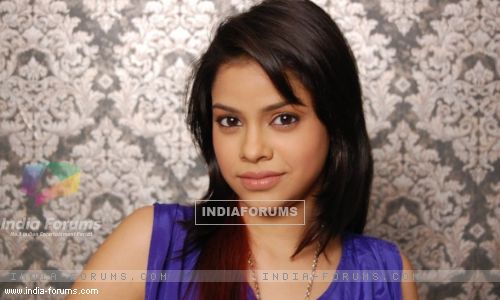 Actress Sumona Chakravarti, best known for her roles in "Bade Achche Lagte Hain" and "Comedy Nights With Kapil", has donned the look of a superstar for an episode of "Yeh Hai Aashiqui".

Channel bindass has launched a special four-week mini-series dealing with relationship issues. Sumona will featuring in its third episode, which will be aired on Sunday.

The talented actress will be seen in a different avatar of a rock star, where she is a member of a rock band in her college and plays guitar too.

Sumona says she was attracted to the concept of "Yeh Hai Aashiqui" the very first time that she saw it.

"I remember, it was an amazing love story which was beautifully shot, just like a tele-film, unlike the usual television shows. Every story on 'Yeh Hai Aashiqui' has been unique and easily relatable to today's youth. So, when this opportunity knocked at my door, I could not turn it down, especially due to the characterization, with which I fell in love instantly," she said in a statement.

The story revolves around the lives of Tejaswini and Jigar. While Tejaswini is a smart, educated and modern small-town girl who is a part of rock band in her college, Jigar has an extremely conservative approach towards things and is taking every step to stop western music and culture take over his college.

What will be the outcome when these conflicting personalities clash -- that forms the rest of the story.

luvsakshi 6 years ago She did marveloous job i ye hai aashiq .. she changed her voice modulation also in this ..Too good nuts .. way to go . keep rocking

Sandy-Naz 9 years ago love u srk.all the best for ur movie.iam eagerly waiting for it.

Hot-Stud 9 years ago hope it will be a box office hit bcus its a huge investment risk for SRK..

SRKTima 9 years ago Ra.One will be an ultime hit!! I KNOW it will! ;D

Vartika07 9 years ago Neither Adi nor KJO can make an action movie so obviously they will deny for that but wish u all d best for the movie.

and he is joking KJo n Adi dnt even care wht he says abt thm !!!

aish_punk 9 years ago haha, i guess KJO n Adi are not exactly action-flick guys. so it was a good decision :)
i cant wait for ra.one!

deepika obv wont get married to a fan she doesn't even know, but age is a pretty stupid reason