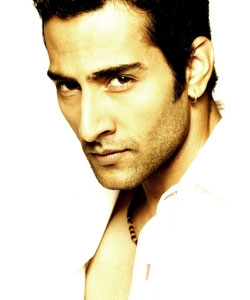 TellyBuzz was the first to bring to you a fresh information about the makers of Star One's Rang Badalti Odhani, Yash Patnaik, who is all set to bring in their next big venture on Star Plus. Today we bring in the latest update regarding the show. Popular actor Sudhanshu Pandey who is now a well known Bollywood face is all set to step back into television after a hiatus with Beyond Dreams' next.

A source says, "Sudhanshu has been confirmed to play one of the protagonists of the show which will be based on a Punjabi backdrop."

TellyBuzz contacted Sushanshu and he confirmed saying, "Yes, there is a project which is in progress, but I cannot reveal anything regarding the role. The main reasons for me to take up the show were, one, it was coming from one of my best friends, Yash and second I am free at the moment from my Bollywood projects."

We wish Sudhanshu the very best for his comeback on television.

jyothi1989 8 years ago all the very best sir hope this show does gr8.hope u cast yashu in it .

-Nymphadora- 8 years ago great to see Sudhanshu back...all the best

Arjun Bijlani on music video with Reem Shaikh: I feel Ishq ...
13 minutes ago

Malaika Arora shares her biggest challenges upon Testing ...
46 minutes ago