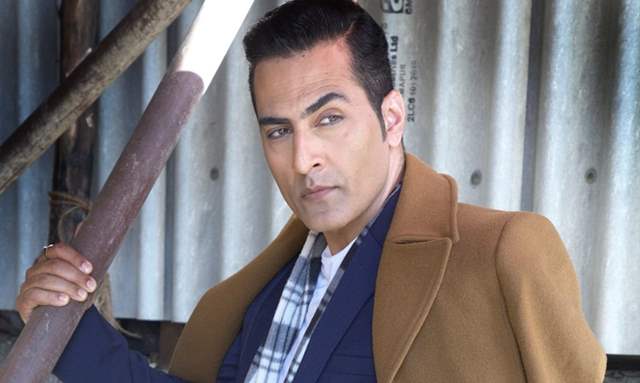 Actor Sudhanshu Pandey is playing the egoistic and dominating Vanraj Shah in Rajan Shahi's "Anupamaa". While his performance has been loved by the audience, the recent episode of his emotional outburst was sure to give you goosebumps. The actor admits that it was an emotionally draining scene, and he couldn't go beyond the third page while reading it.

Calling it Vanraj's first-of-its-kind outburst, he said, "I haven't watched many shows so I don't know what kind of emotional intensity is shown on television, but for me, it was the hardest to do portrayal and execution of a scene. Emotionally it was extremely draining. When I started reading the scene, I couldn't go beyond the third page because I broke down while reading it. I got a little worried about how I would perform such excruciatingly emotional scene."

The "Singh Is Kinng" actor also shared that the feedback he received for the scene was exceptional and said, "Having done over 40 films in Hindi, Tamil, a Hollywood film, and has worked with the biggest legends, I still haven't received accolades the way that I received the other day. It's been absolutely phenomenal."

"My performance in the recent episodes received an incredible amount of love, appreciation, and some really heartwarming messages from all across the globe. Even from the production house, the cast and their families, everyone's feedback was incredible. I think I was humbled, and I can't tell you how beautiful it was because I had put my heart and soul into the scene. It was an 11-page scene that I performed and enacted over nine hours at a stretch and I still haven't recovered my voice so you can imagine how intense it was for me. The appreciation that I received is unparalleled in a career spanning of almost two decades now," he added.

Speaking about the future track and his character, he said, "Vanraj is definitely going to mellow down. He cannot possibly be outrageously angry all the time. This outrage was a result of a lot of provocation and a lot of emotional turmoil."

"He has already mellowed down. There is a way he is dealing with things, but when it comes to his family, he is someone who can't go against his family at all because he loves his family more than anything else," Sudhanshu concluded.

Nidhi Shah on breaking stereotypes around women on TV with Anupamaa

+ 6
1 months ago Kuch bhi. The entire scene was about V satisfying his ego-_-