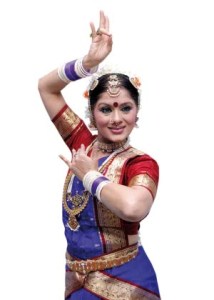 Nache Mayuri, has been a celebrated title for the talented dancer Sudha Chandran whose past mishaps have been engraved in history books. The passionate dancer has once again got an opportunity to shake a leg on the same dance number through Sahara One's newly launched Jhilmil Sitaaron ka Aangan Hoga.

A source informs, "Soon, there would a family gathering where everyone would do some or the other activity. While some would sing, the others would showcase their dancing talent.During which, Sudha Chandran dances to Nache Mayuri."

Sudha Chandran became nostalgic while sharing the information with us, "It came as surprise to me that I would perform on the show and that too on the same dance number, Nache Mayuri. It was great fun to perform after a gap of 28 years. I was bound to feel nostalgic. I recalled all my memories from the past and enjoyed the moment to the hilt. Though there were choreographers who had set the dance steps, there were some moves that came naturally to me from the past."

Indeed, a great treat awaits the audience of Jhilmil Sitaaron ka Aangan Hoga as they bring back Nache Mayuri on stage.

kritika19 8 years ago I relly admire Sudha ji a lot... would love to see her performance

pyar-ishk 8 years ago I adore Sudha ji as an amazing actress and will tune in to see her performance and am sure it would be awesome.

taral83 8 years ago I don't watch this serial, but just for her and her performance I will be tuning in!

xyyz 8 years ago she is a legend. would love to see her performance on tv after a long time.

guddididi 8 years ago she is not just a great dancer..but also a good human being...a talented actress...a symbol of will power ...there is something for everyone to learn from her life...i am mad with her character in kahin kissi roz..would love to see once more of her negative character in a show ...i respect her a lot

Tyro 8 years ago it will be gr8 to c her dancing again to the same tune...

Ms.S.K. 8 years ago Typical Rajshri films and TV shows. Have to have a family gathering for singing, dancing etc. Will be pleasure to watch Sudha Chandran dance as I enjoyed her original film Nache Mayuri. She is a great dancer

Deepika Padukone Arrives at NCB, to be Questioned over ...
13 minutes ago