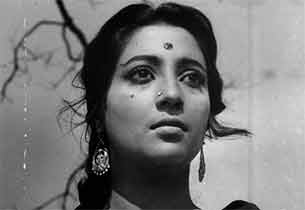 The condition of iconic Bengali actress Suchitra Sen, who was put on non-invasive ventilator support after her condition deteriorated Friday night, is stable and "partially responding" to the intermittent ventilation, a medical bulletin said Sunday.

Though her oxygen saturation has improved since Friday, it still needs "continuous monitoring," said the report.

"She remains conscious but little weak," said the release.

"Her other vital parameters like heart rate and blood pressure are stable," said Subir Mondal, member of the team of experts monitoring Suchitra at the Belle Vue Clinic here.

Suchitra's breathing problem worsened Friday, leading to dipping of her oxygen saturation and, thus, necessitating the ventilator support. Though her condition stabilised the following day, owing to the continuously fluctuating oxygen saturation, she was put on intermittent non-invasive ventilation.

The 82-year-old has been on nasal oxygen (through a flexible plastic tube) at her residence for the last few years.

"She still needs that nasal oxygen, but the non-invasive form (via oro-facial masks) is not needed at the moment," said Mondal.

She is receiving chest physiotherapy and her health condition has been reviewed by two chest specialists.

The veteran actress is undergoing treatment for a chest infection at the hospital since Dec 23. Suchitra was taken to the critical care unit (CCU) after her condition deteriorated Dec 28 night.

She is known for her performances in films like "Deep Jwele Jaai" and "Uttar Falguni" in Bengali as well as Hindi movies such as "Devdas (1955)", "Bombai Ka Babu" and "Mamta". She won the best actress award for "Saat Paake Bandha" at the Moscow Film Festival in 1963.

The mother of actress Moon Moon Sen quit acting in 1978. Since her retirement, she meets only a few people, including her daughter as well as granddaughters Raima and Riya Sen.

Riya Sen: Being Sexualised at a Young Age made me Uncomfortable; she ...