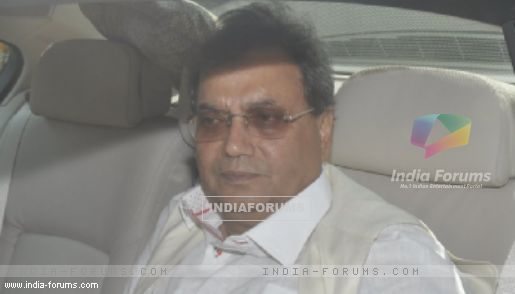 DIFF organiser Ramkishore Parcha and New Delhi Municipal Corporation chairman Jalaj Shrivastava were also present to flag off the festival, where 250 films from more over 45 countries will be screened at the same venue over eight days.

Ghai, whose contribution to the Hindi film world was lauded with a lifetime achievement award, spoke about how films affect society.

"Films can show the real face of our society and can emerge as solutions to the problems which we face, in a very entertaining manner. I appreciate and support this initiative for screening so many films at one platform from different countries," he said.

Parcha added that if "somebody wants to make any film in Delhi, they can take permission with single letter from NDMC".

Other highlights of the festival will be "Infinite Justice", directed by Pakistani filmmaker Jamil Dehlavi, Bangladesh's "Glow of the Firefly" by Khalid Mahmood Mithu and Nepalese film "Talakgunj vs Tulke".