A dark, devious, and stylish thriller, 'Strangers' comes across as an amalgamation of a cocky Hitchcock and a desi Brian da Palma without steamy scenes, deriving inspiration from Karan Johar's 'Kabhi Alvida Na Kehna'.

The three main characters, married or involved with one another, are at each other's necks while poor Sonali Kulkarni -- excellent in the one scene where she breaks down after her son's death -- remains largely out of it. Sometimes it pays to not get involved.

Jimmy Sheirgil is so much like Shah Rukh Khan in 'KANK' that you wonder if the character has been modelled on the Khan. The only difference is that Jimmy's impairment is more emotional than physical.

An unemployed, worthless writer, he lolls around on a sofa all day long taunting his wife about her sleeping habits. The still-lovely Kitu Gidwani does a good job of playing his supportive but disgruntled publisher.

The quadrangle, with Kulkarni's minimal contribution, has interesting Hitcockian possibilities, only half-realized. The narration moves at a measured momentum. You feel the director is holding back the characters from a fuller emotional expression. Maybe they are shy. Maybe they just don't care.

Debutant director Aanand Rai has a game plan and a destination. But he is in no hurry to get there. The initial conversations between Sheirgil and Menon on a speeding train hold plenty of prattling promise.

The exchanges, you soon realize, aren't so much about the two men as about the wives in their lives.

This is where the situation gets tangled beyond the plot. Just why the two men would want their respective spouses killed never comes into the kingdom of the convincing. We are left looking at a world manoeuvred by the selfserving desires of four innately unhappy people in two marriages that aren't half as wretched as the ones Karan Johar designed in 'KANK'.

The film's crux is a murder plan that never quite takes off. As layer after layer of deception is peeled off in steady motion of a narration that knows its boundaries and never dreams of crossing it, we're left looking at the characters as they are rather than the way they want us to see them.

The film is stylishly put together. Cinematographer Manoj Shaw captures the quartet of cut-up characters in a languorous sea of Londoners who don't seem to care enough to even stare. The incidental characters are as half-finished as the main protagonists, hovering between desire and fulfilment, never quite sure which way to go.

The performers attempt a kind of candour, which works when the dialogues support these irrelevantly unhappy people.

The sequence in the bar where Nandana Sen flirts cautiously with her soon-to-be extra-marital lover Kay Kay Menon, who is as clenched as ever, shows the directors' command over the craft.

But somewhere down the line, the betrayals of the plot far exceed the game of deception played by the characters.

The music score is uneven and the club song with a pole dancer is laughably at odds with the smoky sophistication that the presentation aims for. Somewhere in the second-half, Lata Mangeshkar's voice pops up for a ballad but she belongs to a different world.

Strangers is a strangely stirring thriller with echoes from Hitchcock's 'Dial M For Murder' and Johar's 'KANK' setting off an uneasy chain of events that lead to a disastrous denouement.

One isn't sure if the director should share the blame for his characters' messy emotional life. 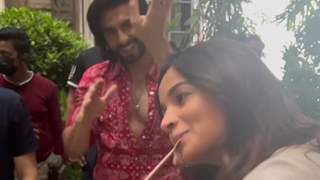 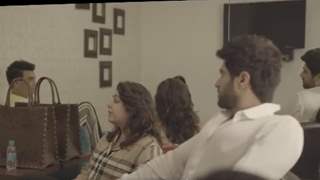