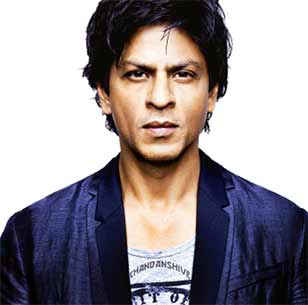 He is not called the Bollywood 'badshah' for nothing. Superstar Shah Rukh Khan suffered a minor injury on the "Happy New Year" set here Thursday, and within a few hours after seeking quick medical aid, he returned to the movie set. The crew welcomed him with a standing ovation.

The 48-year-old was taken to a city hospital following a minor injury that he suffered while shooting for the film here. He was discharged within two hours and went straight back to work, said his spokesperson.

"Shah Rukh got a slight cut on his forehead and he was taken to the hospital as a precaution to make sure there was no serious injury. He is going back to work now," the actor-producer's spokesperson told IANS soon after he was discharged.

He was rushed to the Dr. Balabhai Nanavati Hospital here after he suffered the injury caused by a door on the set of the movie.

His wife Gauri Khan was by his side. However, she left the hospital premises a few minutes before SRK. There was tight security outside the hospital.

According to "Happy New Year" director and Shah Rukh's good friend Farah, he was "stubborn" about resuming the shoot.

"Thank you all for your concern and love. SRK is good and being stubborn about resuming shoot...so we are back to work. God's been good," tweeted Farah.

"The entire crew gives a standing ovation to the returning hero," she posted Thursday evening.

Injuries are not new to Shah Rukh.

While working in films, he had first suffered a hairline fracture on his knee cap while shooting for "Koyla" in the 1990s. In the past decade, he tore a shoulder muscle, suffered a back injury and has undergone surgery too.

In 2011, his meniscus (cartilage) got ruptured when his leg got stuck in a puddle.

Shah Rukh had even injured himself during "Ra.One". Just last year, he underwent a shoulder surgery to alleviate the pain which he endured throughout the shooting of the action-packed "Chennai Express".

A lover of sports, SRK is truly a sport himself!