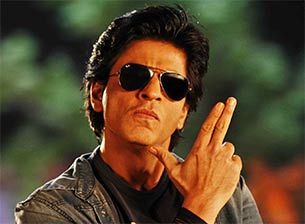 Now almost at the top of the pyramid in Bollywood, superstar Shah Rukh Khan has decided to try something different. The actor will be seen playing a fan in his next film "FAN".

Attributing his success to the love of his fans, Shah Rukh took to Twitter to talk about his future plans.

"Most of the characters I do, are the ones I create...for the first time I am going to play what has created me...I will be in my next a 'fan'," Shah Rukh posted on the microblogging site Monday.

The film will be directed by Maneesh Sharma and is being produced by Aditya Chopra. It has been written by Habib Faisal and the shooting will start from May next year, said a statement.

Talking about the film, Shah Rukh said that it is a film dedicated to his fan following and the love which they have bestowed on him.

The actor's last film, "Chennai Express" which also featured Deepika Padukone, turned out to be one of the biggest hits on box- office this year.