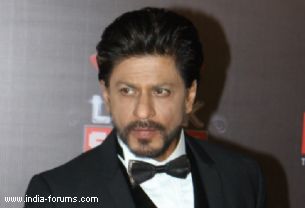 Superstar Shah Rukh Khan, who loves to dedicate his awards to his children, just won an award and said it goes to his son AbRam.

The actor took to Twitter to share his happiness at receiving the award and also conveyed his gratitude to his company Red Chillies Entertainments for the VFX work that they did for superhero film "Krrish 3".

"Third award of the season. Finally, got one for AbRam. Age does come before beauty so he had to wait. Also VFX killing it second year in a row," he tweeted Friday.

Huma Qureshi Loses Cool; Says She has been 'Unnecessarily ...
57 minutes ago

2020 is Turing Out to be a Fruitful Year for Prabhas!
57 minutes ago