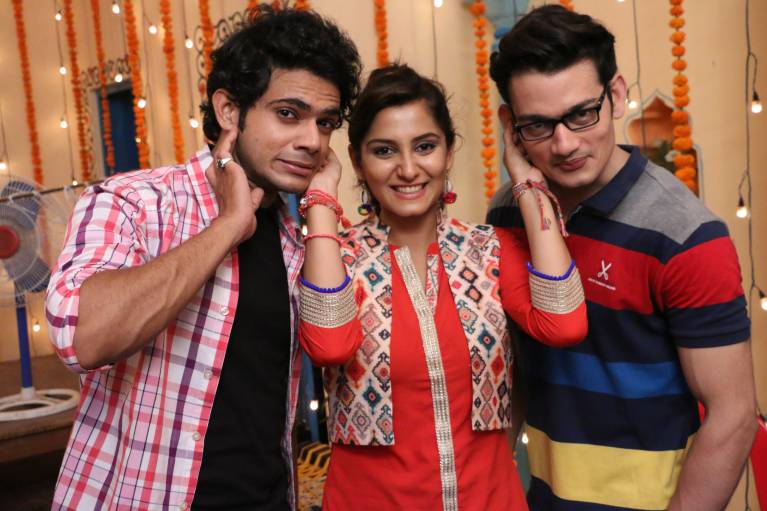 Actor Srishti Jain, who is part of Ravindra Gautam and Pradeep Kumar's Paperback films' Meri Durga, says that she wanted to be an actor since she was 6 years old.

In fact, the actor adds that it was Kareena Kapoor Khan who inspired her to enter the field. "The acting bug bit me since I was 6 years old. I was watching Kareena Kapoor Khan dance with Tusshar Kapoor on the song Maine Koi Jaadu Nahi Kiya and I wanted to be just like her. As I grew up, I realised that it can happen for real," she says.

The actor, who was previously seen in Suhani Si Ek Ladki, says that she is thrilled with her lead role in Meri Durga.

"It's a huge thing for an actor to get a good role when you not very established. It's everyone's dream to work with Star Plus and I was very happy when I bagged the character of Krishna for my first show as the parallel lead. I am also elated about performing as a lead in my next show Meri Durga," she says.

Talking about working with Ravindra, Srishti says, "It's an amazing experience. There are so many things that I learn from him."

Adding that she is still getting to know everyone on set, she avers, "I get along well with Paras who plays the character of Prince. Since it's been only been 2 to 3 days that I am shooting, I haven't got time to talk to people."

Her role in Meri Durga is very different, which was why Srishti came on board.

"The character Durga is very different from what I did in past and it's inspiring to play such a strong character," she says.

Navina Bole all set to make her comeback post Pregnancy in ...
42 minutes ago

Jiya Shankar roped in to play the new lead in the second ...
54 minutes ago