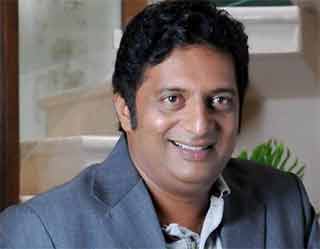 Actor-filmmaker Prakash Raj is floored by the dedication of actor Bellamkonda Srinivas, who is making his acting debut with forthcoming Telugu actioner "Alludu Seenu". Prakash says he never behaved like a newcomer on sets of the film.

Prakash will be seen in a double-role in the film.

"He (Srinivas) may be making his debut in the film, but he never behaved like one. He was always confident about his work, never acted fidgety or nervous on the sets. He was well-versed with his work and never needed the director to guide him," Prakash told IANS.

Directed by V.V. Vinayak, "Alludu Seenu", which is slated for Augusr 1 release, is produced by Srinivas's father Bellamkonda Suresh.

"I'm sure his father is going to be proud of him. I wasn't sure if Vinayak could handle him and give him the big break in the industry but I was wrong. Nobody else could have given Srinivas a better launch pad," he said.