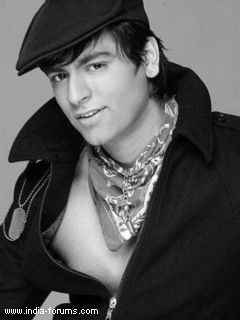 This week we have Karan Goddwani who currently is seen in Colors TV's 'Chhal-Sheh Aur Maat' as Ranveer Jaiswal. We spoke to him to know what sends shivers down his spine...


Do you believe in Supernatural and uncanny?

The scariest horror story you heard as a child.

We all have heard horror stories as kid. I remember I was petrified of 'Teen Mundi Waali Aurat' ( three headed lady ). The story went that she would surface only at night and would prey on helpless kids. As soon at the clock would strike 8pm I would run home and be petrified as I did not want to end up on the plate for that scary lady (Laughs)

Have you ever had a brush with the uncanny?

I was about 16 years old and we were returning from Goa. It was a train journey and there are a lot of small villages along the route. We stopped at one station for tea and I decided to venture out. I was staring at this jungle which was not very far from me , when I saw a flour scent green light shine in one part of the jungle. It just kept moving from one tree to another. I stayed there hoping for some explanation but could not find any. It was very eerie and spooky!

I used to share my room with my brother and one fine night he gets up at 3am screaming his lungs out. He had a horrible nightmare and there I'm trying to console him. He is not talking, just screaming and crying. However, he just kept staring at a particular wall and kept crying. It was terrifying.

Any horror dare that you have done.

Where I stay, there is this supposedly haunting building. The dare was to step inside the premises and stay there for a couple of minutes and then get back. None of my friends attempted it. I did gather my guts and went to complete the challenge, but I just touched the building and came running back (Laughs!)

printy 8 years ago heard that ur r back to ipkknd..great return with a bang

aimyx 8 years ago Missing you in IPK.
But You're doing a fantastic job in Chhal. Keep up the good work :D

Luvser 8 years ago Hey Karan, Hoping to see you back in IPKKND soon!!:))

bscl 8 years ago Liked your "Nannaav" "Khushiji" and everything about you in IPKKND. Wish you all the best in everything.

leanne_1983 8 years ago Karan Goddwani you rock. Loved you as NK in Iss Pyaar ko kya naam doon. All the best for your new show.

Anisha_91 8 years ago LOL! Awww that was so cute bless! Karan you rocked as NK. Missing NK and his hilarious hindi loads. x