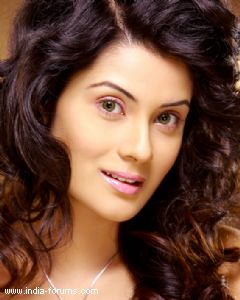 TellyBuzz brings to you the Spooky and Uncanny column with your favorite Telly stars and tries to find out their beliefs in supernatural and their brush with the uncanny! This week we have Shamin Maanan with us, who was recently seen playing the role of Bhoomi in Colors' popular show Sanskaar - Dharohar Apno Ki on Colors.

Let's find out what Shamin has to share with us...

Yes, I kind of believe in supernatural because if there are positive energies then there are negative energies also. There are energies which we can't see but they might be existing for sure.

I have heard a lot of horror stories. The craziest horror story I have heard is from my grandfather which he says has happened to him but I never used to believe him. He used to say that once he was going on a bicycle when he was a teenager when a black cat jumped over the cycle and she held the cycle so tightly that he could not move the cycle further. Then his father came and he talked to the cat and then the cat ran away from there. I don't know how much it was true but it was quite funny. As a kid, I used to believe it and he used to narrate that story to me most of the times. I used to get scared while listening to this story from him. He also used to show me the point of that road where this incident took place which used to scare me every more and I used to avoid taking that route while going somewhere.

No, I haven't seen anything like that. 2-3 years back in my house in Malad, I used to feel like things were not working out properly in whatever I wished to do. I also used to get scared while staying in that house. This has been the uncanny thing for me.

In the Malad house only because one day I felt like someone is there inside the house because I saw a shadow passing by which scared me.

The Exorcism and Grudge; these two movies scared me so much that I couldn't even stay alone in the room during day time.

I try to dare myself only; there is a beach in Gujarat which is said to be haunted as I have read it on the net. It comes in one of the most haunted places of India. I went there for an event and I wanted to visit that beach but my sister was so scared that she didn't allow me to go there. I couldn't fulfill that dare till now; it's yet to get fulfilled.